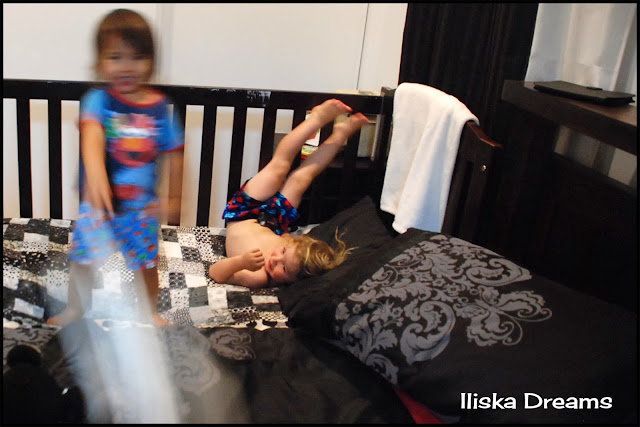 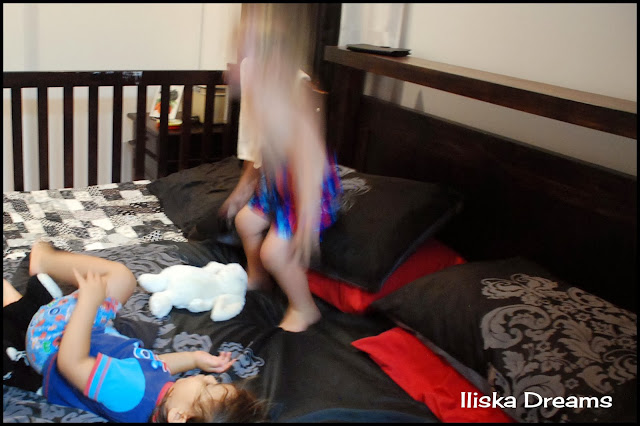 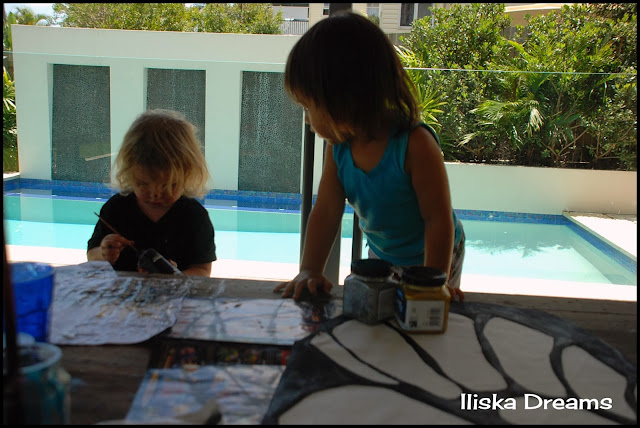 And just like that a 'Bromance' was born. Jarvis is a funny kid, he likes to play alone. We went to a cousin's 3rd birthday party last Saturday and Jarvis avoided his cousin and all of the other children preferring to play alone. Shy when others were around, craziness showing when he was alone on the trampoline and slide.

Jess, my niece, came to dinner on Tuesday night with her youngest, Archie, and straight away the two boys played beautifully together. Sharing toys and laughing. True craziness occurred after the bath and it was bedtime. Wow! The energy levels of two boys one almost two and one almost three. I don't think I got a single image of the both of them without blur, but they were having so much fun, there was no way I was going to do the forced portrait of getting them to pose for a photo.

The next day the bromance continued, with painting sharing the one brush, handing it back and forth. Now if only Jess and Archie did not live on the Sunshine Coast so far away.

Jodi over at Che and Fidel has inspired me to pick up my camera and turn the focus inward. Since I already take 100s of photos of my children each week, so I thought I would twist the idea a little. What I never seem to get is group shots, images of the family together, whether it is my two children, Tamika and Jarvis, or me with the kids, or shots of Justin and I. So I am going to challenge myself to get one image of "my family" per week.
Posted by Iliska Dreams at 15:44