PAPA SMURF MADE ME DO IT

He looks all cute an innocent, doesn’t he? But I blame Papa Smurf. Back in December last year I made a deal with myself, to buy nothing for whole year. This did not include food, gifts for others, stuff for the garden, and my hair colour and make-up. Why the deal? Originally I had budgeted to take a year off after Jarvis, but that year passed and I had no desire what so ever to return to work and be apart for him. 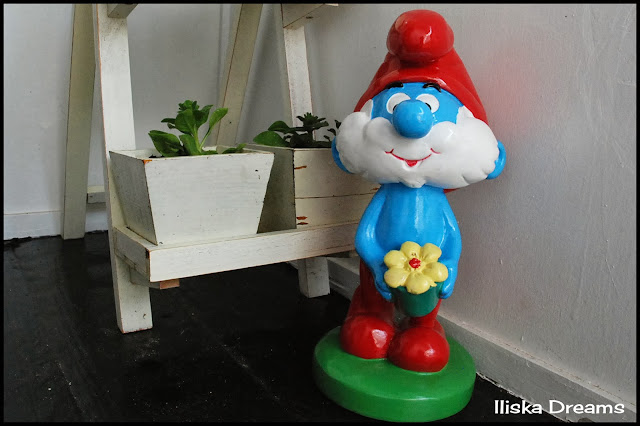 I had done so well, all new clothes were made from fabric in my fabric stash. New bath towels for the new house, were purchased with gift cards given to me for my birthday. Everything else I passed on. As the year went by it got easier, and easier to not buy. It just got easier to not want ‘stuff’, stuff that I really didn’t need.

However, yesterday I went to Bunnings. Oh that place how I love it, Bunning and Spotlight share my love equally. The lady in the garden section at Bunning knows me; I went in to get coriander that was it. But right there at the front Papa Smurf called to me. In fact all of the Smurfs called to me, to take them home and introduce them to Herbert, Basil, and Corri. 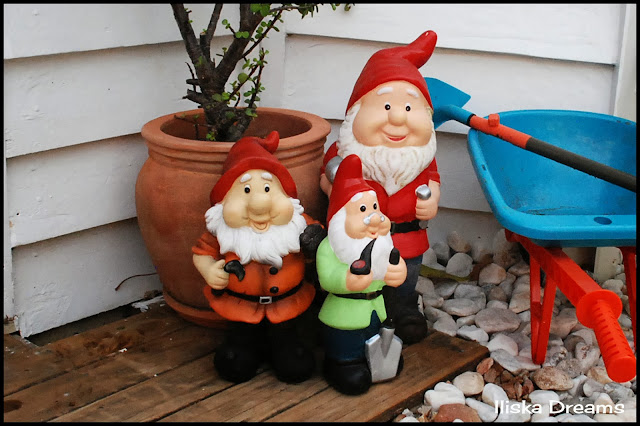 Herbert, is the big guy, Basil is wearing orange, and Corri is the pipe smoker.

Justin gave me the three garden gnomes, gifts that I adore. They sit happily at the back door, but Papa kept whispering he would look so smart at the front door. So I broke my rule. Then I broke it again. The stand behind Papa was also given to me by Justin, all year I have wanted to fill it with pretty flowers, but I knew this was bending the rule of buying stuff for the garden that was practical.

So now we have Papa Smurf and some Raspberry Fluff Petunias sitting at our front door. I am questioning, am I going to enjoy them? Or am I going to feel guilty each time I walk past them. 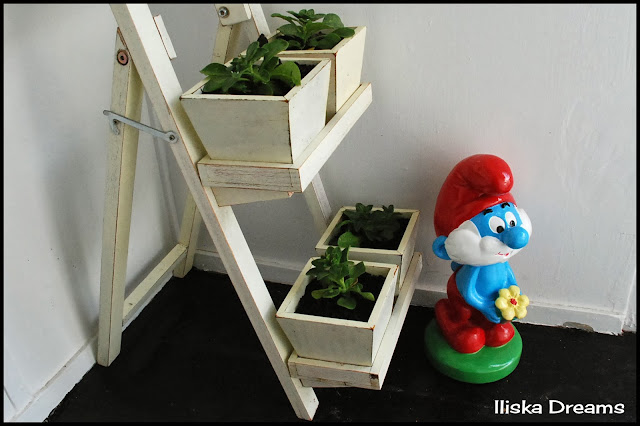 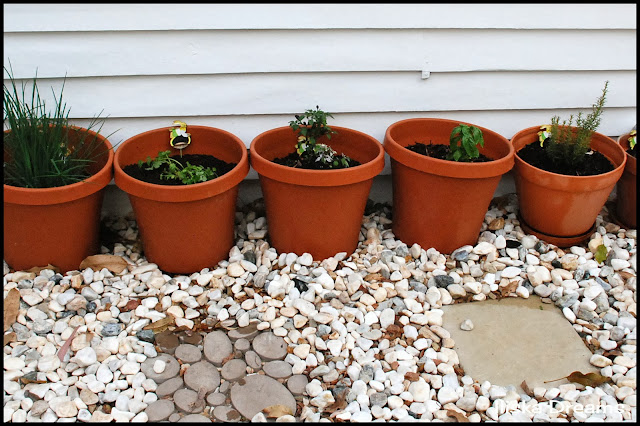 My new coriander, which was the start of all of this.
Posted by Iliska Dreams at 15:38