Sydney, Sydney, I was never a fan, but you are won me over with your sunny days and your good looks. After the rain the night before, we woke to a beautiful, if not chilly day. 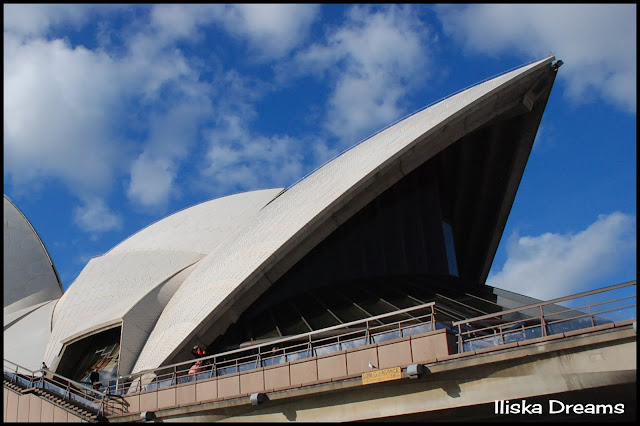 We walked up to Crown Street and found a cute café, Fifi Foveaux's, Surry Hills. As soon as I saw the gnome stools I knew this was where I wanted to eat breakfast. Then I spotted the ruby wallpaper, perspex chandelier and groovy textured light fittings, and to top it off, Fifi is cheap, nothing over 10 bucks. 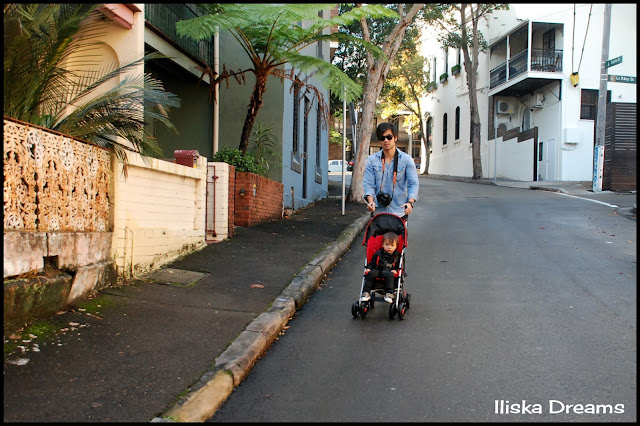 It was a good thing we all had a big breakfast, as the rest of the consisted of a of walking. First destination was another component of the Head on Photo Festival at the Ultimo TAFE at the Muse Gallery. 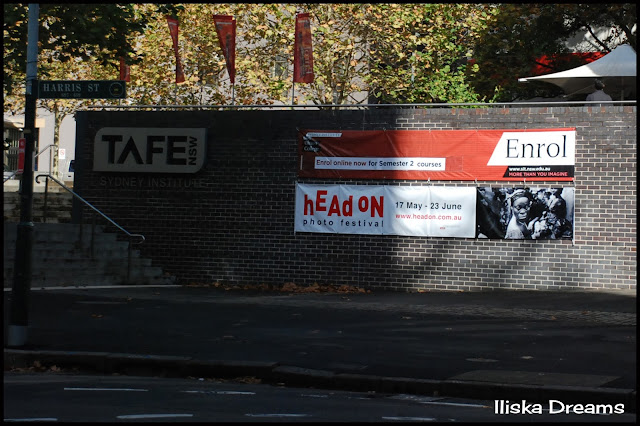 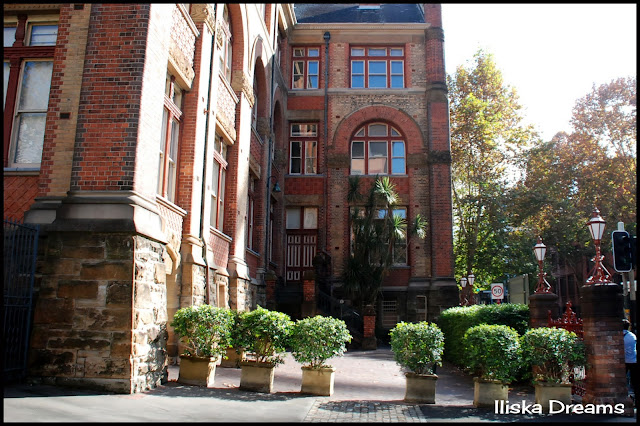 How pretty is the TAFE?


Next, we walked to . One of 's largest dining, shopping and entertainment precincts, set on the waterside. 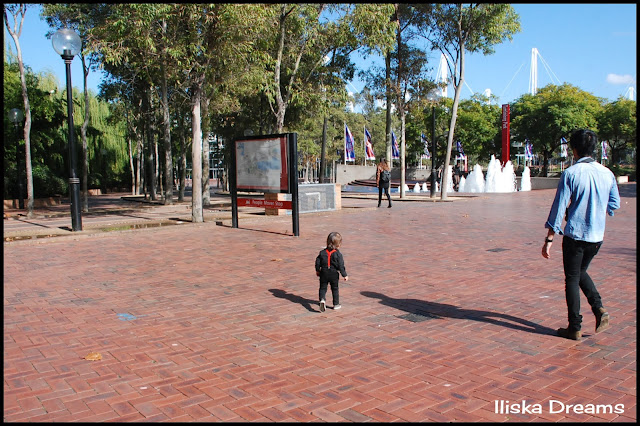 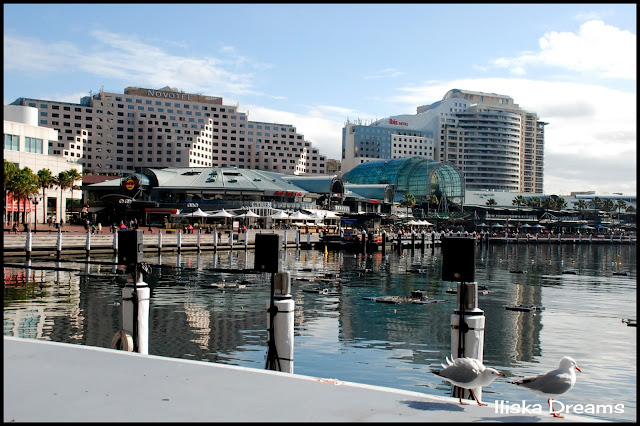 After Jarvis had a play in the gardens, we walked into the city centre. While I gave Jarvis a feed, Justin went and tried on some suits. This is when our sling got stolen. Justin put it on top of the stroller, turned to me to give me some water and when he turned back the sling was gone. (Very not happy).

From the city we walked to The Rocks’ cobbled laneways. It is the strip of land where European settlers chose to step ashore in 1788, The Rocks is essentially the birthplace of modern . Over the last 200-odd years, it’s morphed from a settlement of convicts, soldiers, sailors and street gangs to a thriving, modern precinct boasting a range of accommodation, attractions and funky bars and restaurants. 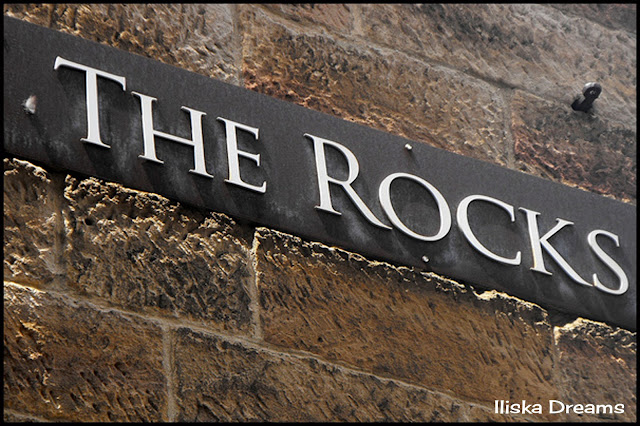 A yummy pizza was had for lunch, but I cannot remember the name of the restaurant, nor did we take photos as we were too busy eating.

With full bellies, we went to one of the major tourist attractions of . Sydney Opera House. According to Sydney Australia website, “experience Sydney Opera House - one of the world's most creative and busiest performing arts centres and greatest triumphs of modern architecture.” 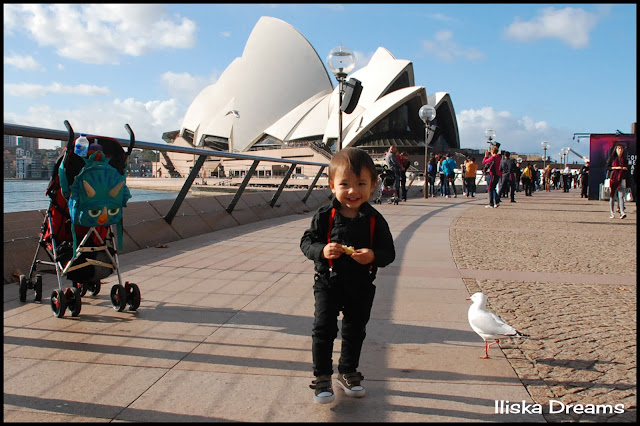 Yes, I know he has a pole coming out of his head, but how cute does Jarvis look?

After so much walking all day, it was another long exhausted walk back to the B&B for a very much needed afternoon nap. 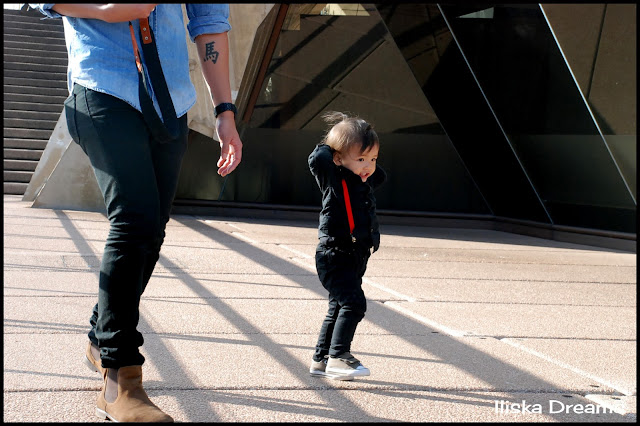 So much walking!
Posted by Iliska Dreams at 03:58