A couple of weeks ago Justin and I were talking about where to go for our six year anniversary, each year we try to find somewhere unusual, and something different from our normal getaways. With Jarvis’s love of animals I thought of a farm. 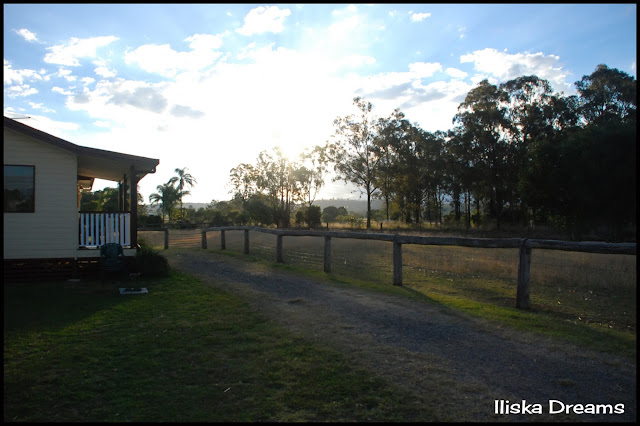 We found Lee Farmstay a farm located just outside of Kingaroy, which is a part of the South Burnett region, . The animals offered on their website are “sheep, West Highland Terriers and puppies(when available), chooks and chicken, pigs, birds, miniature horses, the draft horse, charolais, and Scottish Highland cows.” So this farm stay sounded like the perfect week-end getaway.

It took us just over three hours by car to get there; the first two were easy as Jarvis had his morning nap, the last hour was spent with me in the backseat keeping Jarvis amused. With a quick pit stop in Kingaroy for food, we arrived at the farm and at once we were impressed.

Our two bedroom cottage had a pot belly stove in the lounge room. It also had a kitchen, laundry, bathroom – including a 2 person jet spa, BBQ facilities and garage. 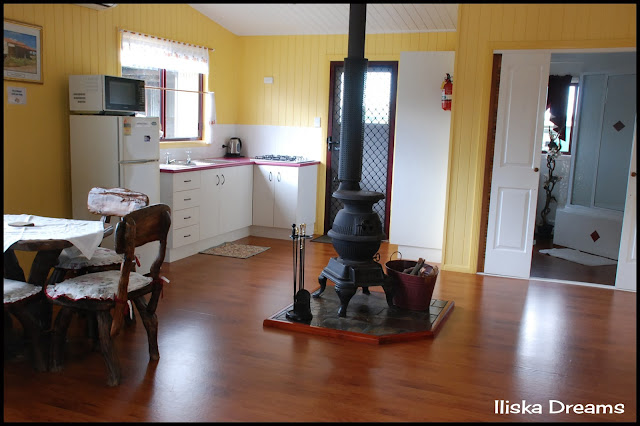 Added extras on the farm included a vintage trampoline (deathtrap which Jarvis LOVED!), dozens of pushbikes in all sizes, swing sets, and a tyre ride. 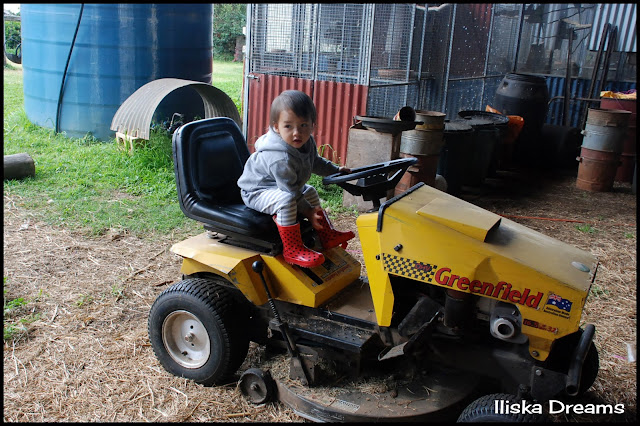 Not sure which was safer, this or the trampoline?

There were even more animals than were promised on the website, Jarvis was in animal heaven. He was so happy to have five dogs follow his every move. Even after he kept trying to bury them in the hay. 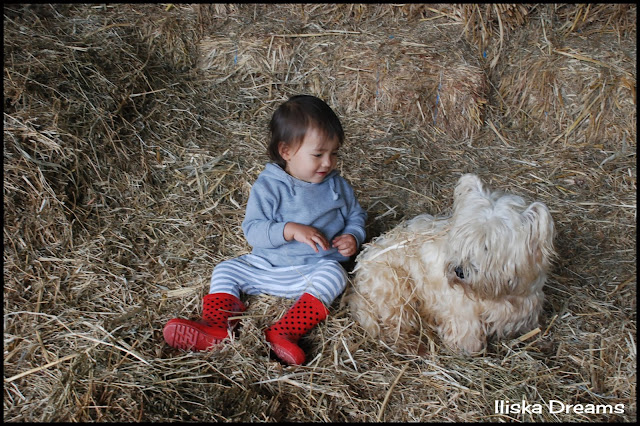 There is the added bonus of a morning and afternoon feed time, which all of the guest are invited to. You can also collect as many eggs as you want. 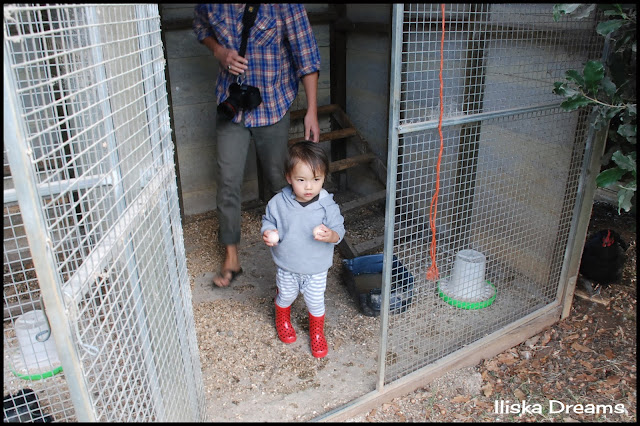 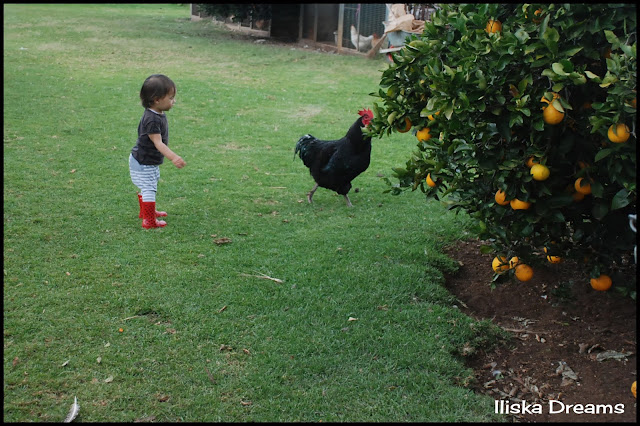 Jarvis tried so hard to catch a chicken 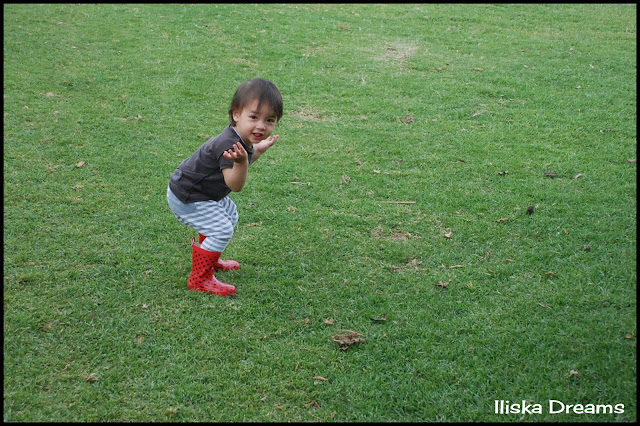 But they were having none of it 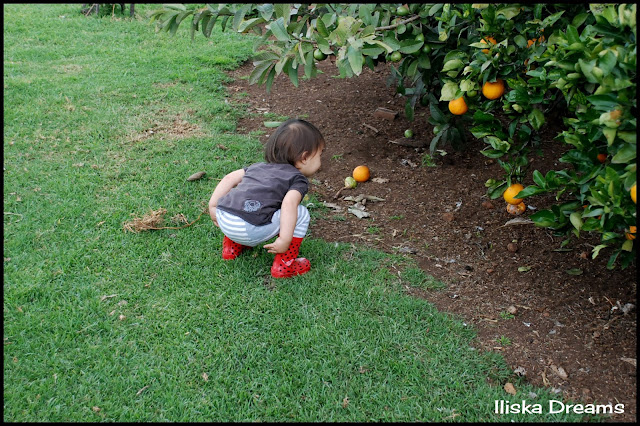 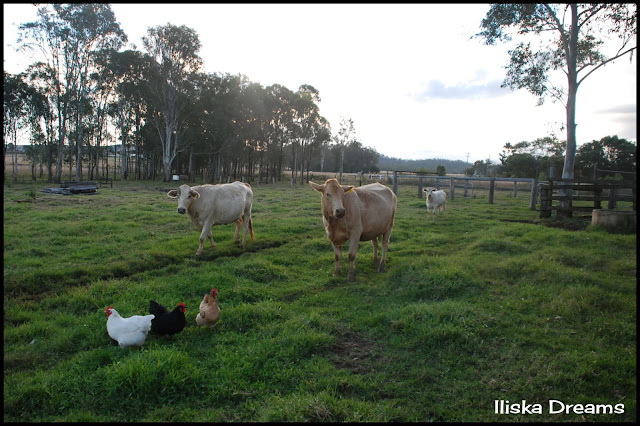 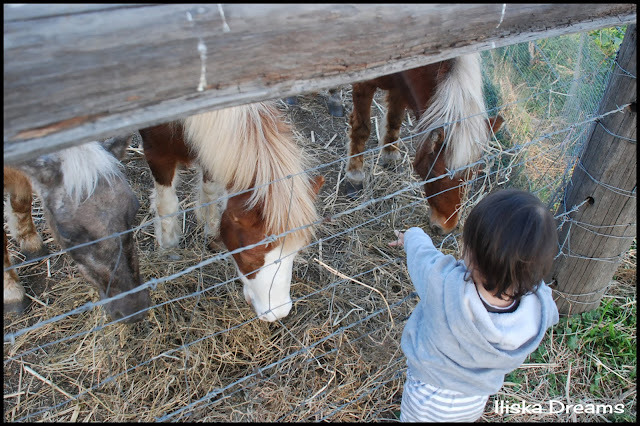 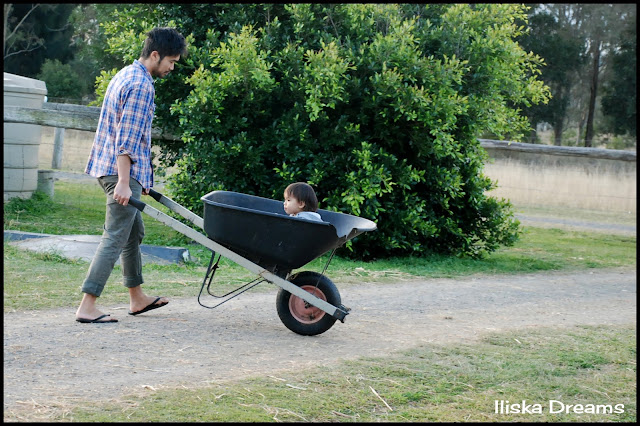 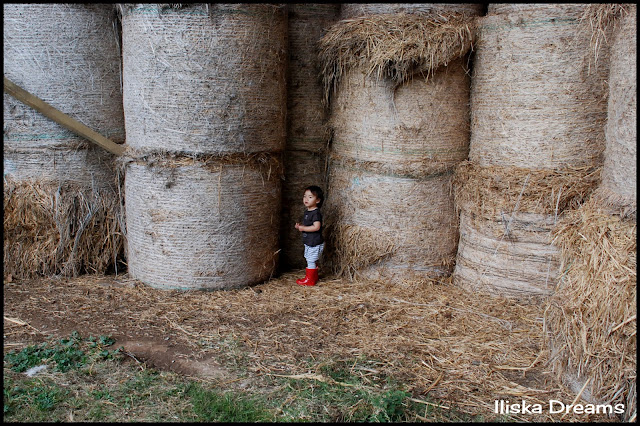 One week-end felt like we had been gone for ages, we all want to go back and stay for longer next time.
Posted by Iliska Dreams at 16:17