From the moment we buzzed at the secured gate and drove down the drive way, which is reminisce of a Grimm’s Fairy Tales setting, we knew that Chateau de Brou was going to be something special. Set in the heart of a 100-hectare wooden area, this castle from the 15th-century welcomes you into an intimate and opulent atmosphere. 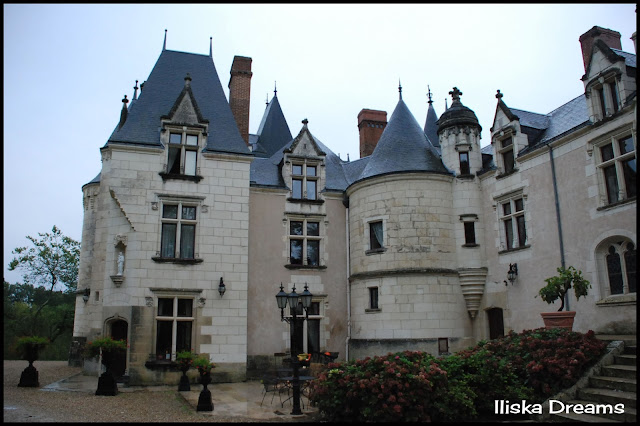 Walking in from the rain, the sights and the smells that welcomed us into the Chateau was amazing. The foyer overlooked the waiting room, one look and I was immediately in love. 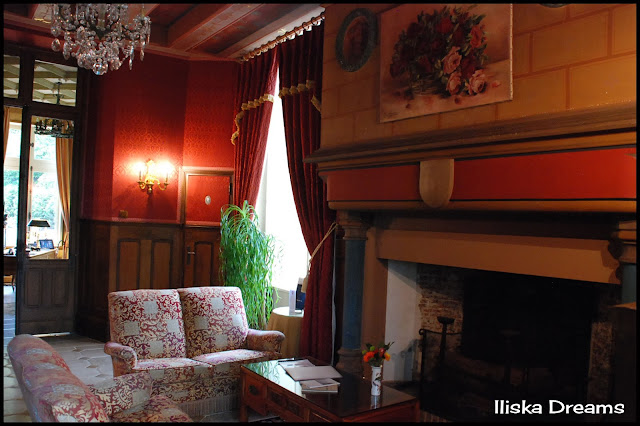 It is not a large place, there are only twelve bedrooms, which are decorated in an original style, with each one honoring someone that has made their mark on the history of the region. We stayed in one of the luxury rooms, or a superior double room, on level two called the Ronsard. What a superb room! With a bathroom that has visible beams and includes a balneotherapy shower which is within one of the château’s towers.

Even though it was raining, Justin and I could not wait to explore the gardens, so armed with umbrellas and cameras in hand we set off on an exploration. All I can say is… wow! How beautiful it all was. 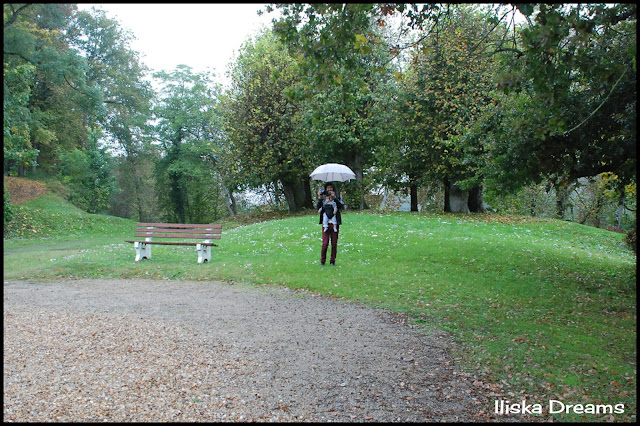 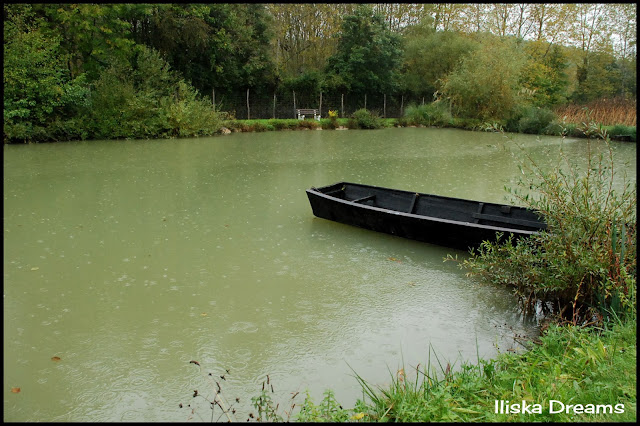 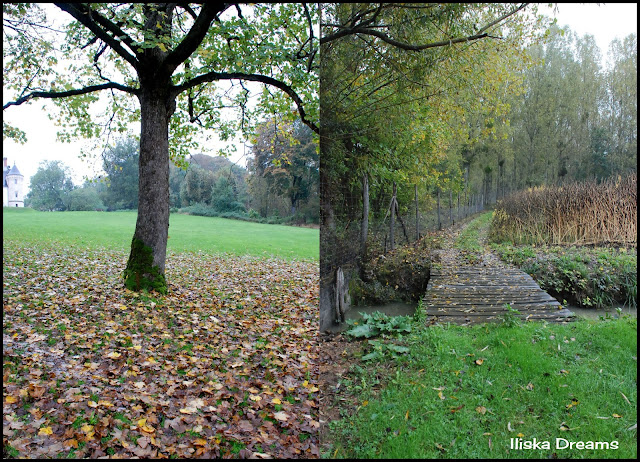 Dinner the first night was in the restaurant, authentic French cuisine in such refined candlelit surroundings. We interrupted this elegance, with a bread roll throwing table guest. Jarvis was well behaved, but he gets bored after about a half hour or so, and with the tree courses served very slowly, his attention and patience ran out and wanted to play. So we ended up having desert in our room, sitting on the floor, which I found way more romantic than the opulent restaurant settings. 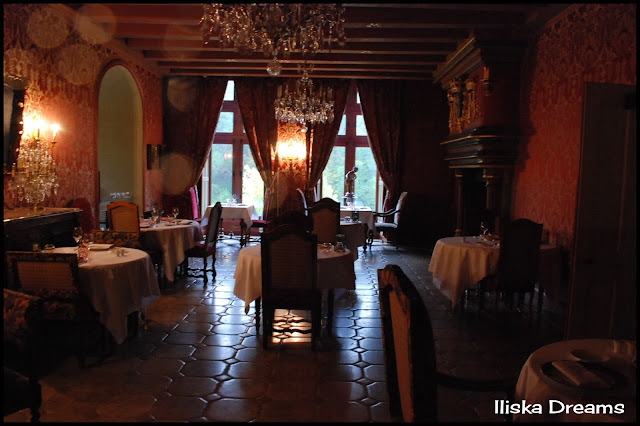 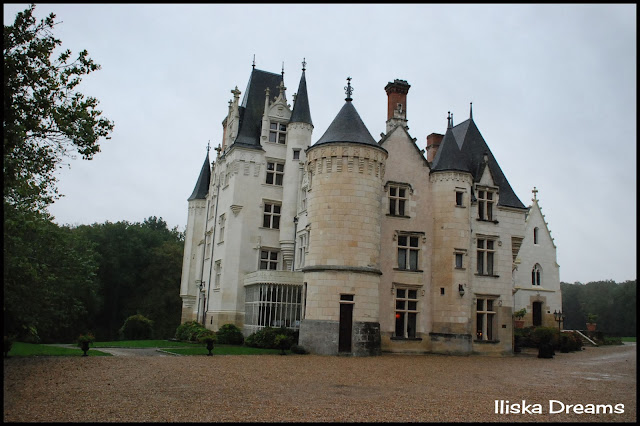 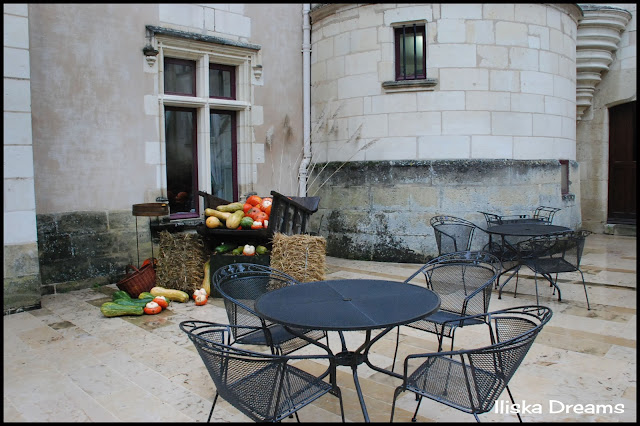 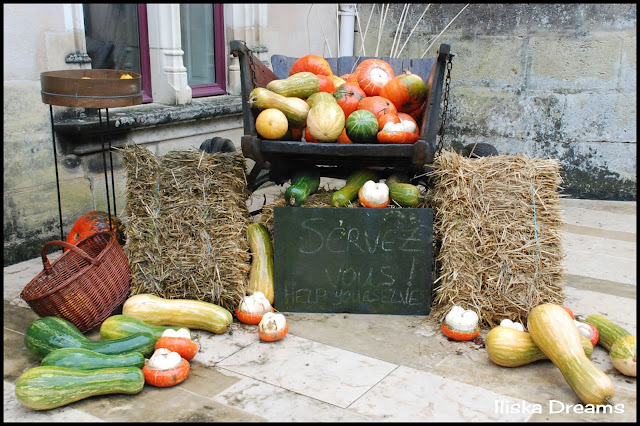 Two nights in the Chateau felt as relaxing as a month. When it was time to check out I felt a little teary, not sure if it was because I loved Chateau de Brou so much, or because I knew it was a sign our holiday was coming to an end. 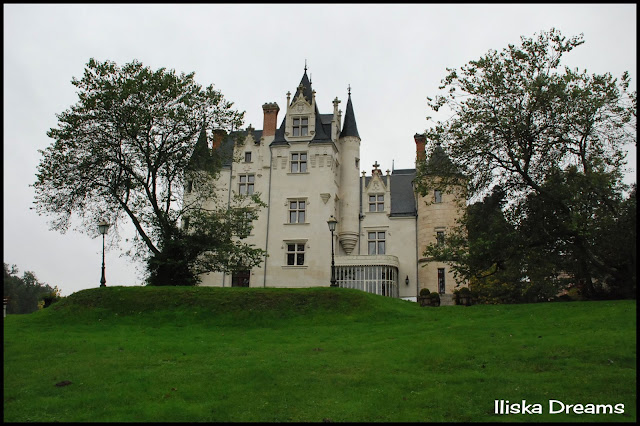 About Castel Story...
The elegant Château de Brou, whose architectural merits are enhanced by the greenery that frames it, was built in 1475 by François de Gébert, Lord of Noyant.  In 1997, it became the property of the Girault family.  Emilie & Pierre Moricheau, their children and fifth generation of Hotel business manager manage the hotel restaurant.

In accordance with the wishes of its new owners, the Château was restored to its former glory in terms of its artistic and historical appeal, and it was additionally endowed with the level of comfort that a 21st century guest might appreciate during their stay here.  The very best builders and craftsmen worked together on a full and beautiful restoration of the château.

Noteworthy are the tapestries woven in accordance with cartoons of the ancestors of the renowned Antoinette Rose de Tours; the silks and fabrics by the famous artists Frey, Braconnier and Lemanach; lighting of the grounds by Pierre Bideau, a lighting specialist whose reputation extends past our borders; a superb little chapel with organ dating back to 1864; windows signed by the glass artist Lobin in 1868; and an equipped and identically reconstructed dovecote.

Each bedroom a homage to the historical figure from whom it takes its name.
Tucked away in the midst of a 100-hectare forest that completely surrounds it and hides it from view, the Château de Brou overlooks the Manse and Courtineau valleys. The Château has been open as a hotel since 1998, and is a place of rest and harmony.

Pierre de Ronsard
Ronsard (1524-1585) was one of the stars of the Pléiade, French humanists who were inspired by classical culture, but sought to create a French literature. His poetry is wonderfully musical, sensuous, pagan, and romantic. Although a cleric in minor orders, he was constantly celebrating the beauties and sorrows of his various loves. He was patronized by Charles IX and wrote pieces for some of Catherine de' Medici's court pageants, but he was much more than a royal apologist.
These poems were written near the end of his life, when he fell in love with the much younger Hélène, a lady-in-waiting to Catherine de' Medici who kept him dangling but refused his passion for her. Sorrow is good for poets, as these poems testify.