Oradour-sur-Glane, I am still at a loss as to how to express the feelings and emotions that over came me, when we visited this town. The soft light was in the golden glow of a winter afternoon. The town was almost empty bar for the three of us. Even the air seemed to have a quietness to it as we walked the town. 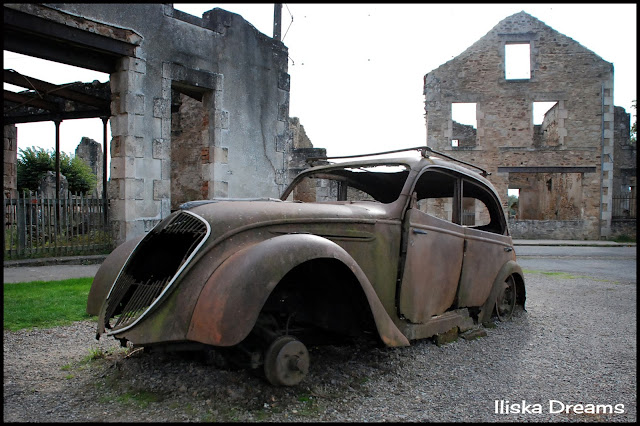 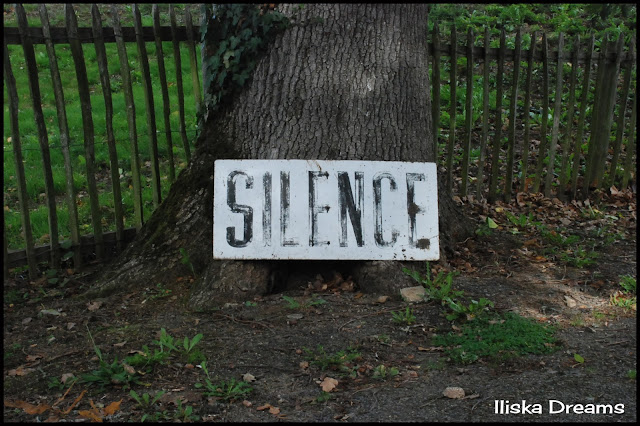 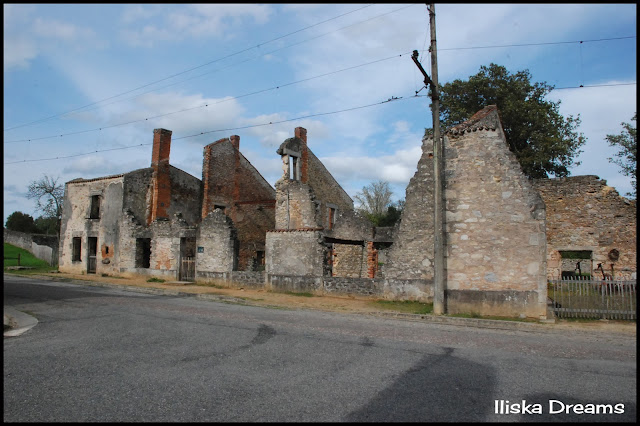 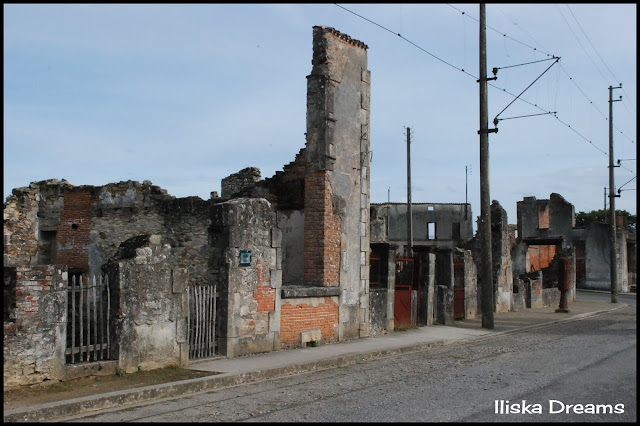 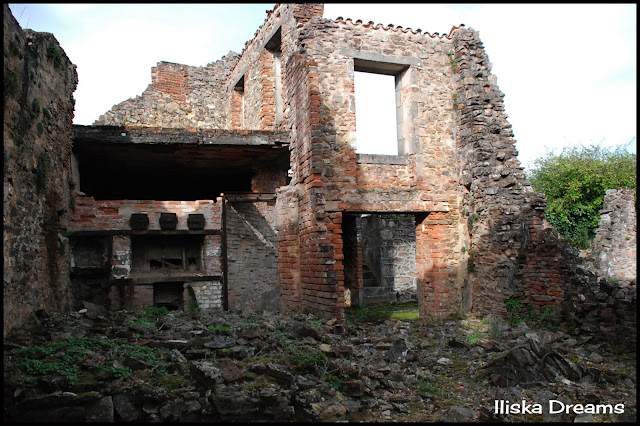 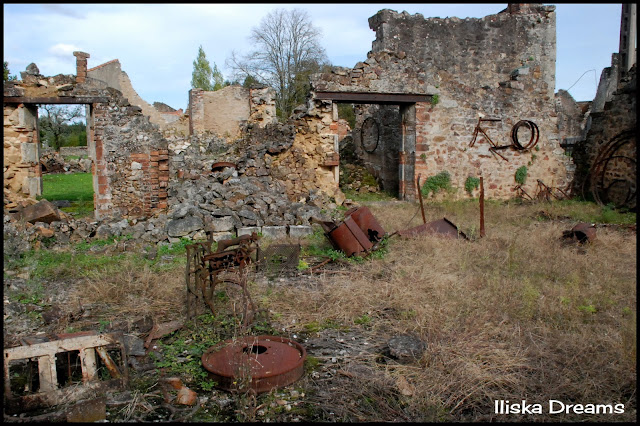 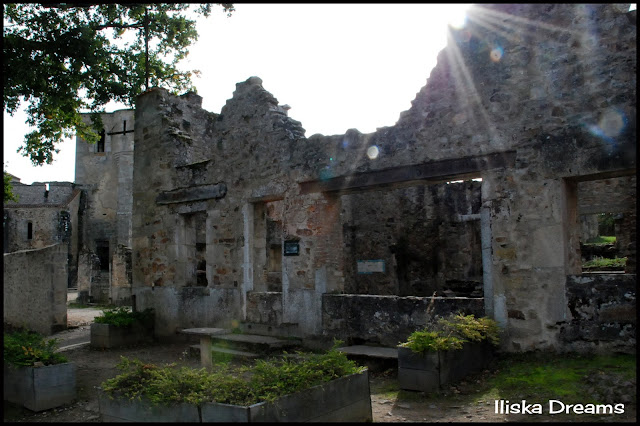 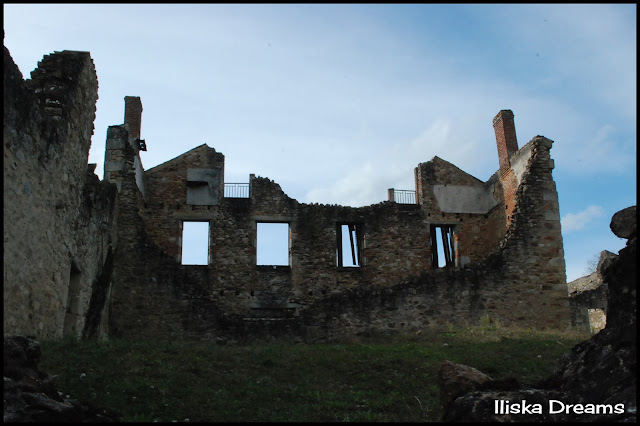 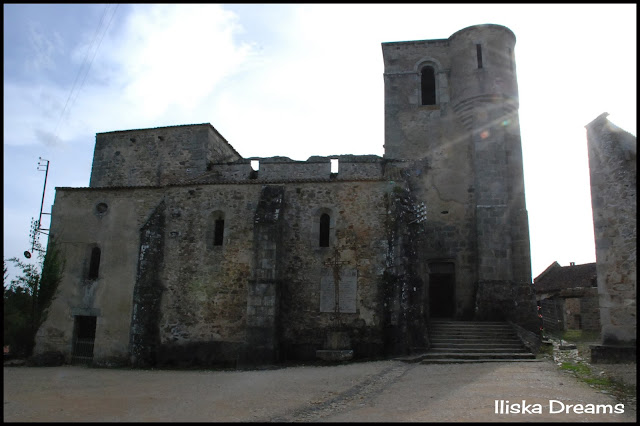 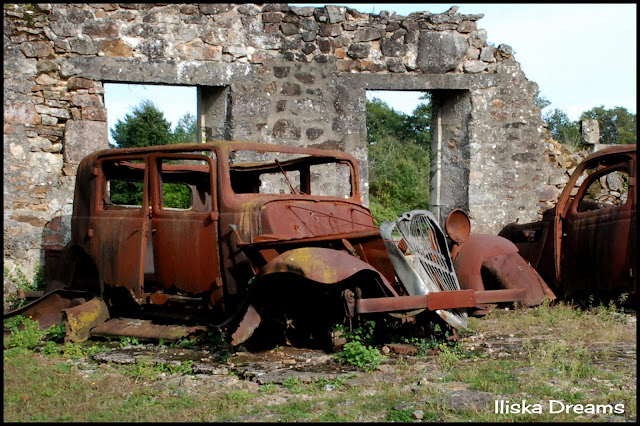 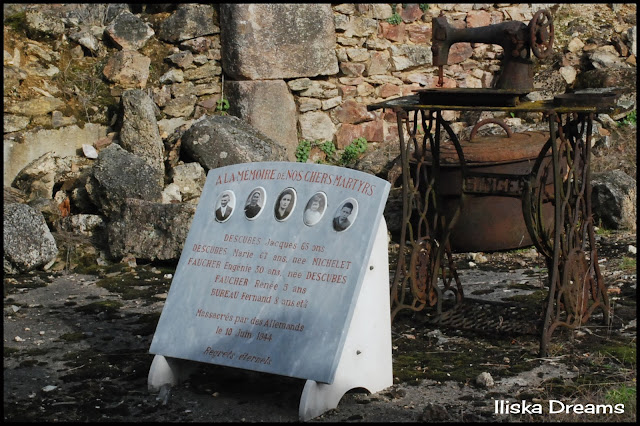 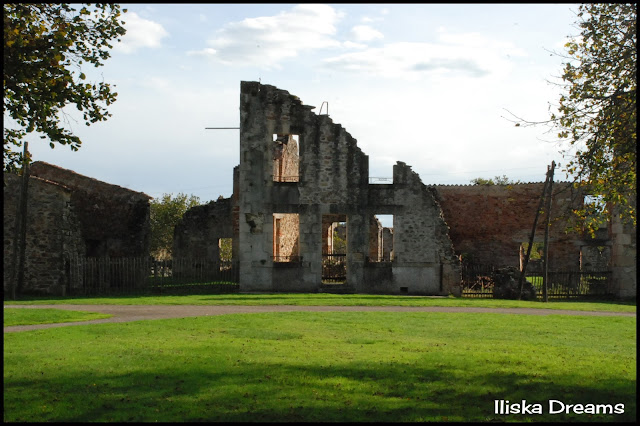 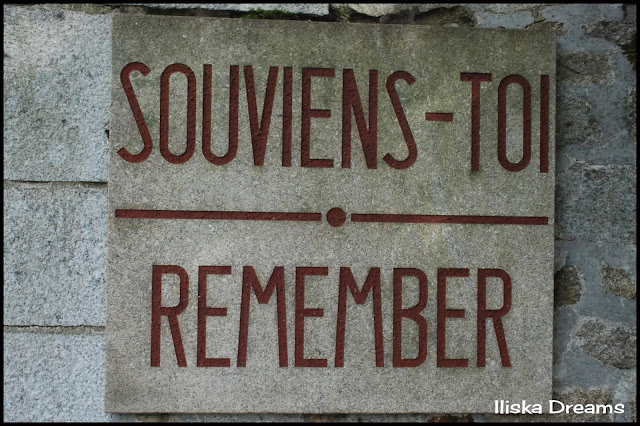 Towards the end of the Second World War, in a peaceful part of , there took place the war crime of a particularly horrible murder of 642 men women and children.
On , a group of soldiers from the Der Führer regiment of the 2nd SS-Panzer Division Das Reich entered and then surrounded the small , near to the city of .
At first, they told the Mayor, Jean Desourteaux, that there was to be an identity check and that everyone must go to the Champ de Foire (fairground) whilst this took place. After rounding up all the inhabitants that they could find, the SS then changed their story from that of an identity check, to one of searching for hidden arms and explosives. The soldiers then said that whilst they searched for the arms, the women and children must wait in the church and the men in nearby barns.
The women and children were marched off to the church, the children being encouraged by the soldiers to sing as they went. After they had left, the men were divided into six groups and led off to different barns in the village under armed guard. When the people were all safely shut away the SS began to kill them all.
A large gas bomb, seemingly made out of smoke-screen grenades and intended to asphyxiate the occupants, was placed in the church, but it did not work properly when it went off and so the SS had to use machine guns and hand grenades to disable and kill the women and children. After they had subdued all the occupants of the church, the soldiers piled wood on the bodies, many of whom were still alive and set it on fire.
Only one person managed to escape alive from the church and that was Madame Rouffanche. She saw her younger daughter who was sitting next to her killed by a bullet as they attempted to find shelter in the vestry. Madame Rouffanche then ran to the altar end of the church where she found a stepladder used to light the candles. Placing the ladder behind the altar she climbed up and threw herself through a window and out onto the ground some 10 feet below. As she picked herself up, a woman holding her baby tried to follow, but they were seen by the soldiers and both woman and child were killed. In spite of being shot and wounded five times, Madame Rouffanche escaped round the back of the church and dug herself into the earth between some rows of peas, where she remained hidden until late the next day.
At the same time that the gas bomb exploded in the church, the SS fired their machine guns into the men crowded in the barns. They deliberately fired low, so that many of the men were badly wounded but not killed. The soldiers then piled wood and straw on the bodies and set it alight, many of the men thus burned to death, unable to move because of their injuries. Six men did manage to escape from Madame Laudy's barn, but one of them was seen and shot dead, the other 5 all wounded, got away under cover of darkness.
Whilst these killings were taking place, the soldiers searched the village for any people who had evaded the initial roundup and killed them where they found them. One old invalid man was burned to death in his bed and a baby was baked to death in the local bakery ovens, other people were killed and their bodies thrown down a well. People who attempted to enter the village to see what was going on were shot dead. A local tram which arrived during the killings was emptied of passengers, who after several terrifying minutes were let go in peace.
After killing all the villagers that they could find, the soldiers set the whole village on fire and early the next day, laden with booty stolen from the houses, they left.
The soldiers then journeyed on up through to and joined the rest of the German army in attempting to throw the allied invasion back into the sea. Many of them, including Sturmbannführer Adolf Diekmann, who had led the attack on Oradour-sur-Glane, were killed in the battles.
Posted by Iliska Dreams at 17:37