Justin's cousin had planned a day for us, so we caught the train out to Diamond Hill to meet up with everyone. 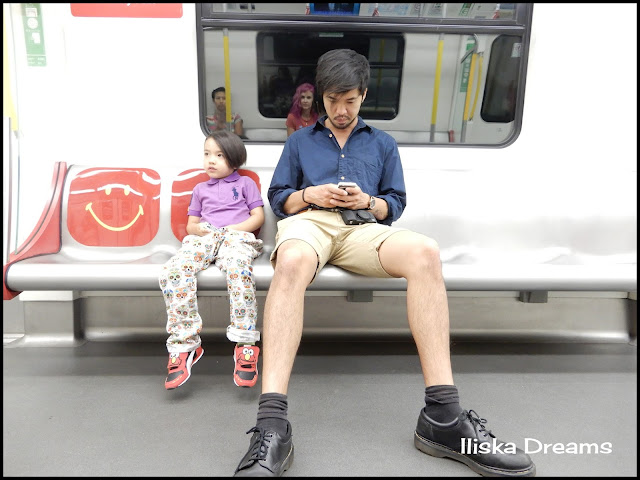 (Does this count as our family portrait for the day? Not sure who the random is to my left)

Before we left for our adventure, we walked (what felt like ages, carrying Jarvis) to an Italian restaurant for lunch.

Side note: add to the list of things I have learnt while travelling. Don't eat Chinese food in . And do not eat Italian in .

After lunch we then drove to an area which is known for the wild monkeys, that wander willy nilly all over the roads.  or   was established in 1977, its a country park located in the ranges north of . Kam Shan, or Monkey Hill is home to the macaques. I was told these monkeys are probably descendants of monkeys released by pet owners a hundred or so years ago. 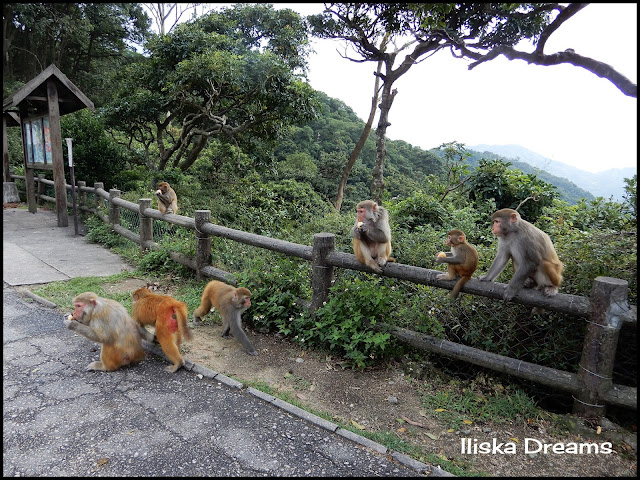 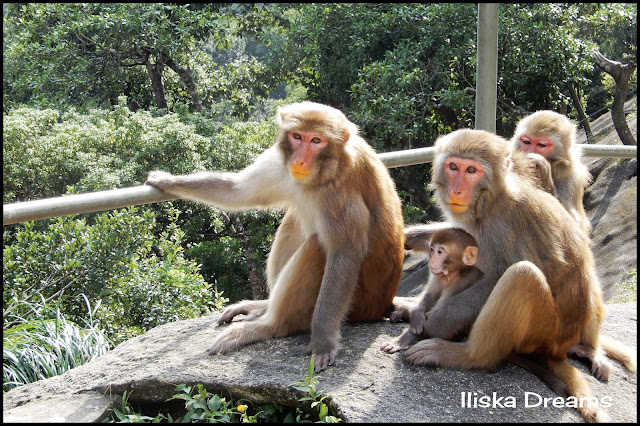 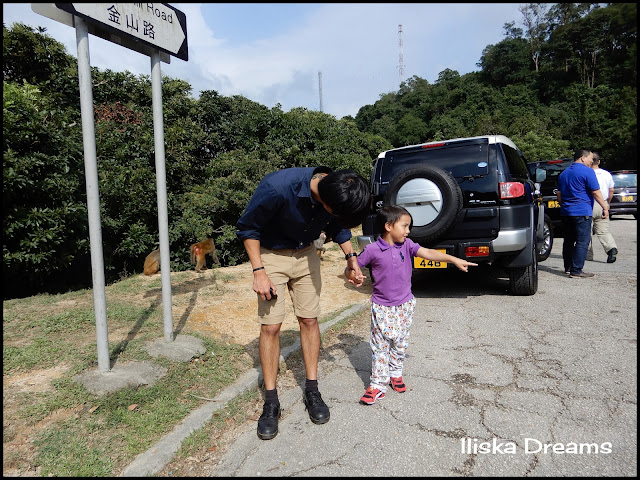 We then just drove around looking at the scenery, yes really is kinda smoggy. But the drive was great, as we stopped at a really tiny village. 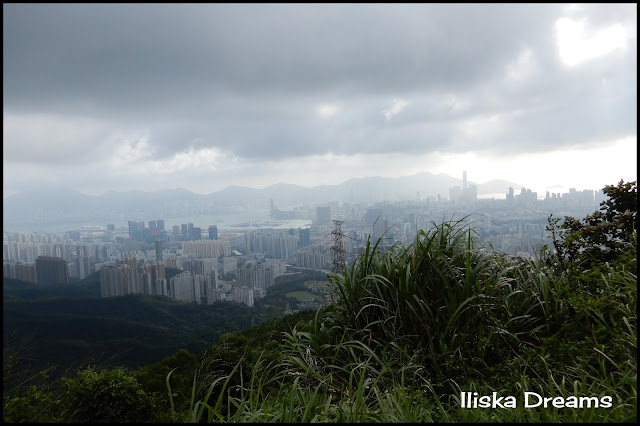 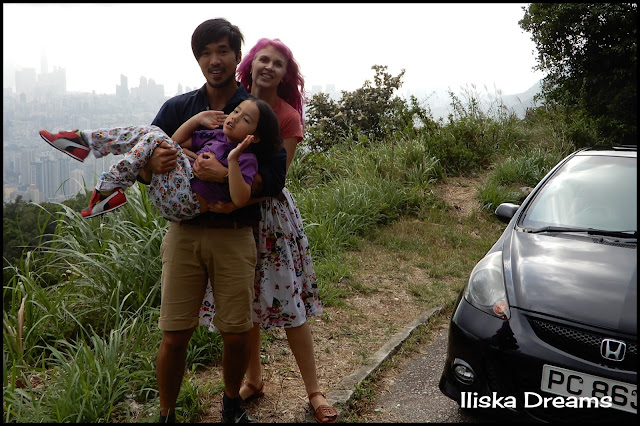 Justin's cousin dropped us back off at the hotel for a rest. Getting stuck in peak hour on the way back to the hotel made me very aware why the air in is very smoggy.

We did our normal shower, and rest. Before heading our to meet up the entire family for a massive banquet dinner. Justin scoffed the first course, he thought that was it. But then they kept bringing out course after course after course! Ever needed a forklift to get you home after way too much food?
Posted by Iliska Dreams at 00:12