What do you do the day after travelling on a plane all day with a toddler and then get to sleep super late? Definitely not what we did on our second day in !!! 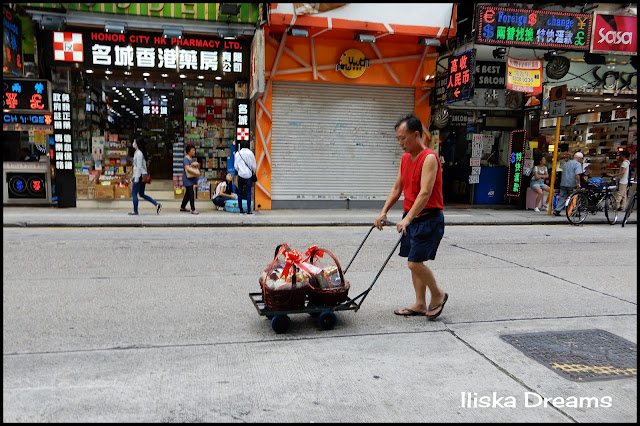 Justin's family had organised a HUGE day. Not even allowing any nap time for Jarvis. Add to that the culture shock and the extreme humidity. The whole day was a bit of an exhausting struggle. For me, and for Jarvis.

The only down time we had all day was first thing in the morning, so after waking way too early we grabbed some noodles for breakfast. Getting breakfast in is very hard, most places do not open until 11am, or even 12. So choices every day were very limited, or they were near our hotel. As you can see by our tired faces, Jarvis and I were both just thinking "just feed us!" 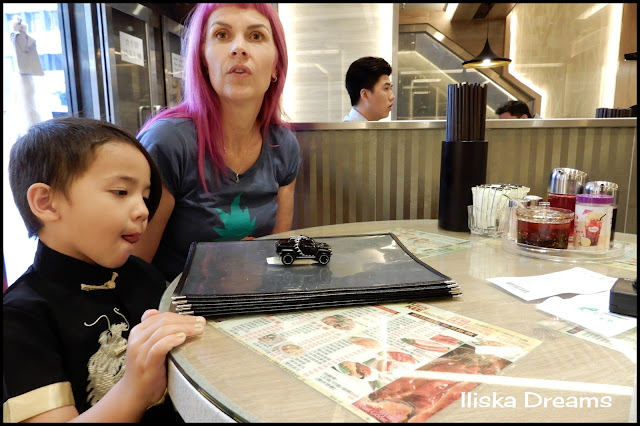 After breakfast we thought it would be good to let Jarvis have a play in a park. I gotta give this, they have beautiful parks. So we wandered up to . 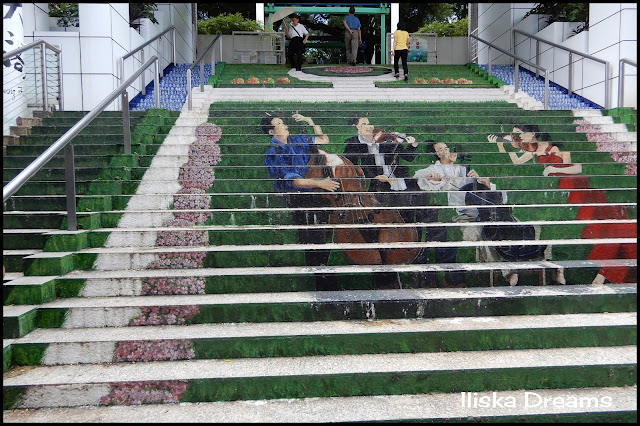 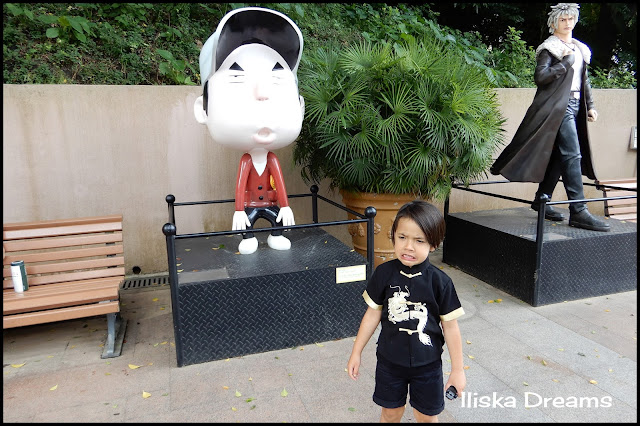 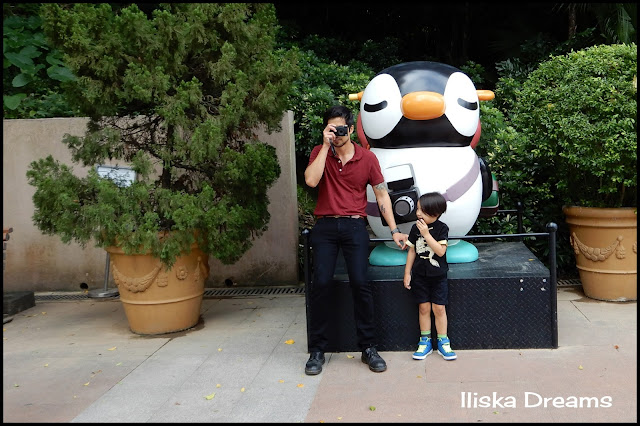 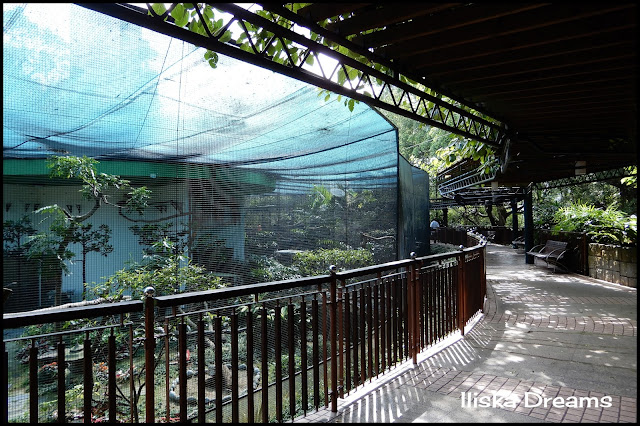 But even that early in the morning, after about a half hour of play the heat got to all of us, so it was a quick dash back to the hotel for showers.

Then is was on to the trains. I have to admit, when I travel with Justin, I just leave it to him to figure out the trains. 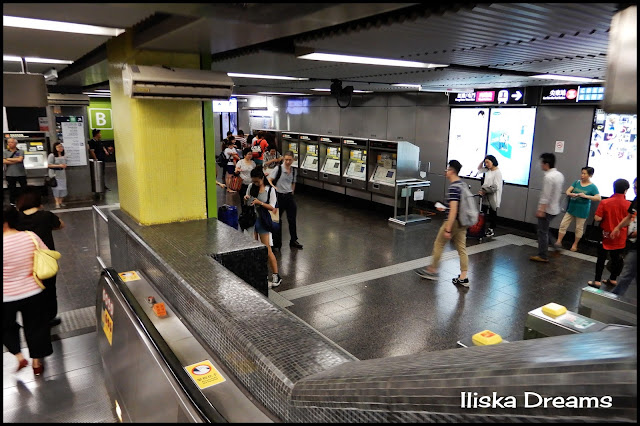 We met Justin's family, for a huge buffet lunch, where of course Jarvis's and my favourite part was the desert side of the buffet.  How many serves of icecream is too many?

After lunch one of Justin's cousins took us to the fabric market : Sham Shui Po, . This is also one of the oldest districts on the side of . According to Wiki " Sham Shui Po District is one of 18 districts of . It is the poorest district in , with a predominantly working-class population of 365,540 and the lowest median household income of all districts". 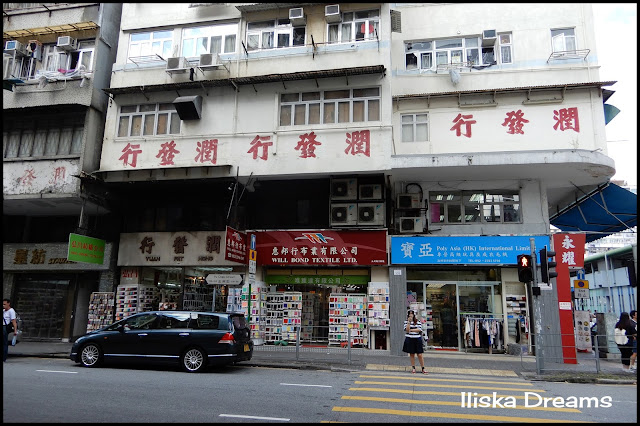 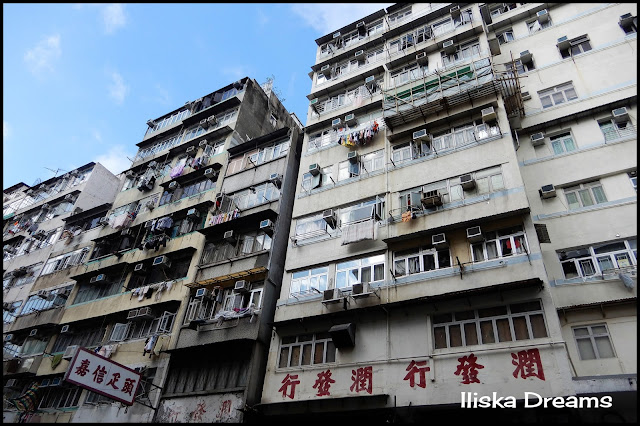 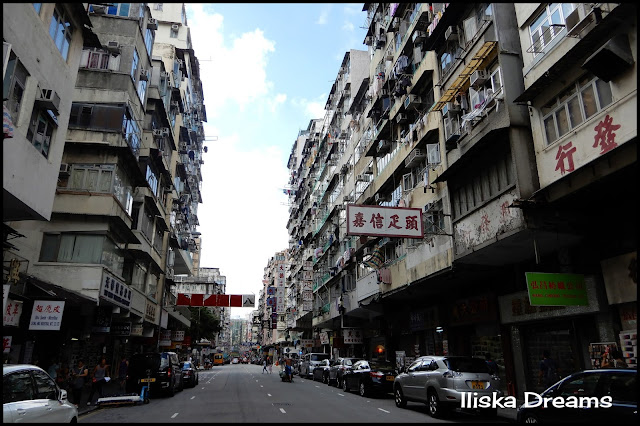 Sham Shui Po is wholesale buying, but most vendors will sell to you for a 3-5 yard minimum. Clothes sewists need at least three yards (yes, they use inches and yards for measuring), not meters like I am use to. 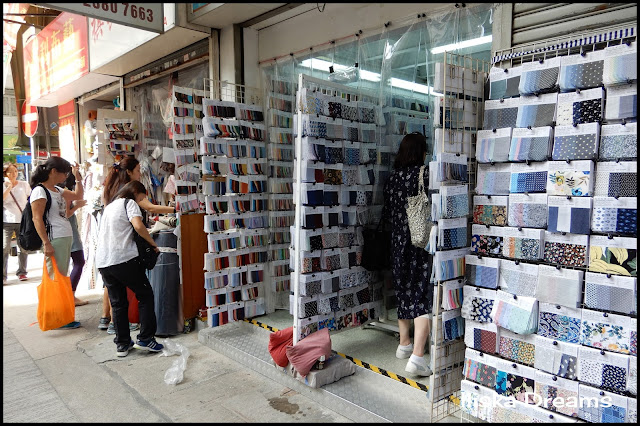 At first I wandered around just looking at the difference in how they display, and show their fabrics. All hanging so neatly on fabric cards. I began to imagine how neat work 'could' be. But strangely, I bought no fabric. Nothing! The cards did not do it for me. I figured out I like to touch the bolts of fabric, and then imagine what the fabric could be.

We then wandered up to the markets, were Jarvis had no problem spending some cash. And Justin found so interesting vendors to get an afternoon snack from. 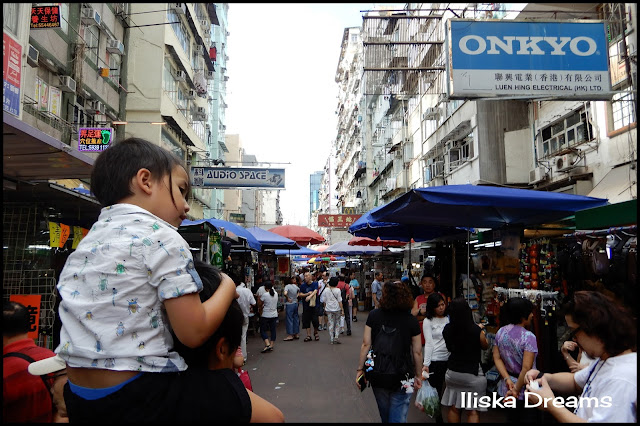 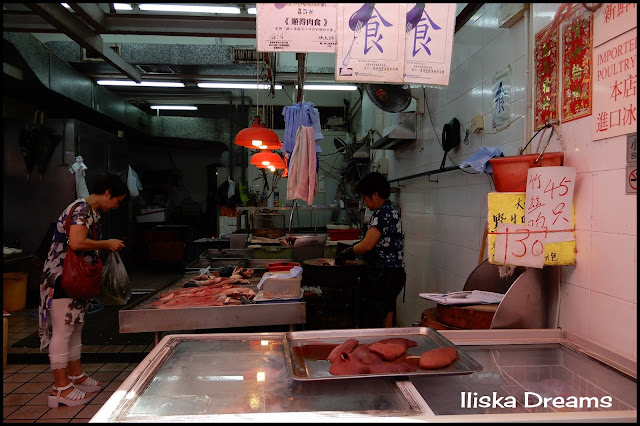 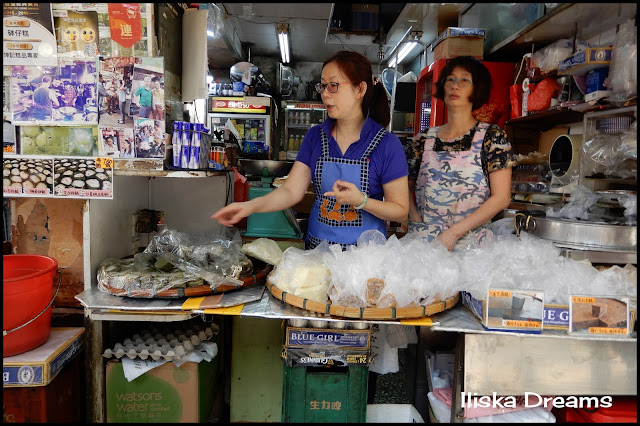 Heat and headaches forced us back to the hotel for another shower. Because it was so late already we opted to have diner near our hotel at Victoria Habour. Dinner was crap. The view was great. I was jealous of Jarvis getting a piggyback from Justin, and could hardly keep my eyes open. After yet another shower, we all crashed out in bed so exhausted we barely noted that three bodies were sleeping in a small double bed.
Posted by Iliska Dreams at 04:01