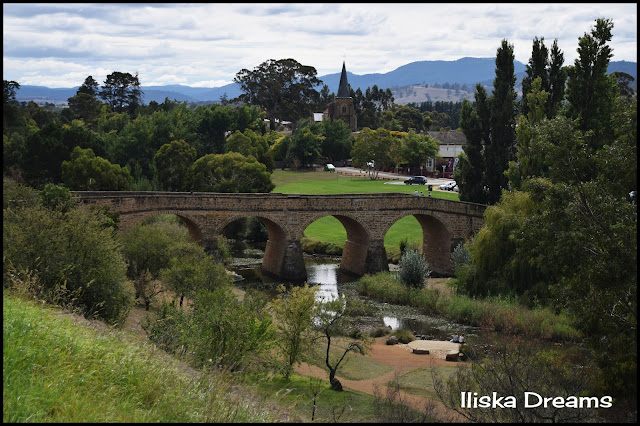 On Monday morning we headed off for . Justin was told it is one of 's most popular destinations, steeped in history, family-friendly, so it sounded perfect for us.

Nestled in the heart of the , was established as an important military staging post and convict station linking with . The village is famous for its elegant Georgian architecture, with beautiful heritage buildings dating back as early as the 1820's now housing galleries, tea shops, craft boutiques and museums.

Just driving into the town I fell in love. Beautiful old historic buildings . Justin must love me as his first stop was the Richmond Goal.

In the 1820's, became one of Lieutenant-Governor Arthur's police districts. The gaol, court house, barracks and a watch house were erected. continued to grow, largely because of its importance as a convict station and a military post.

The jail, or goal as they spell it was so much fun for Jarvis to explore. The gentleman at the entrance gave him a treasure map, so it was perfect, as it made Jarvis slow down, explore, and look for the hidden features. He did get a more than little creeped out by the men's solitary confinement cells. They were very dark and with an eerie voice over, so I don't blame him. 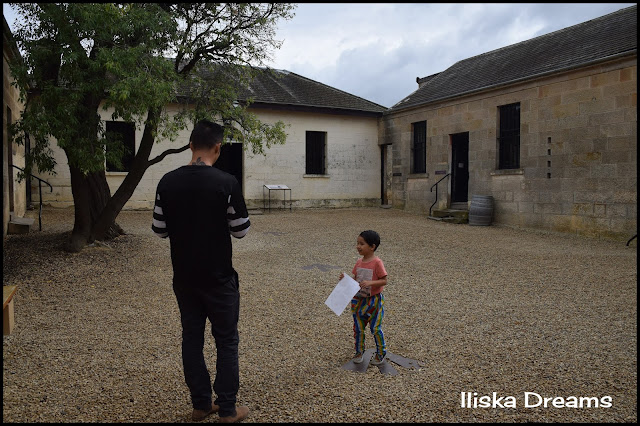 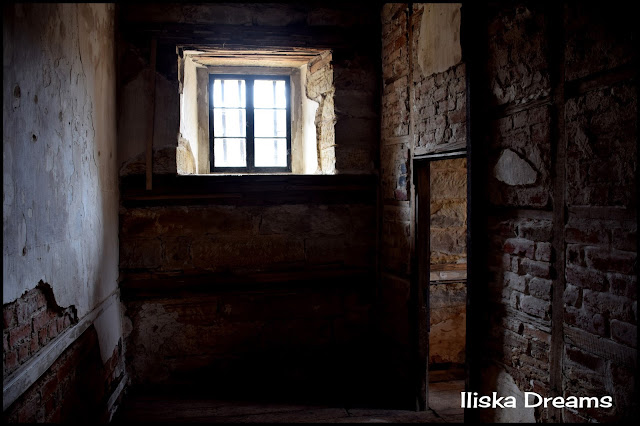 Lunch was a picnic lunch on the river with views of . I think more than half of Jarvis's lunch went in the river to feed the ducks. After stuffing our faces we set off to explore the rest of the town. Surprisingly, Jarvis said his two favourite things of the town was one of the churches. "Really beautit inside". 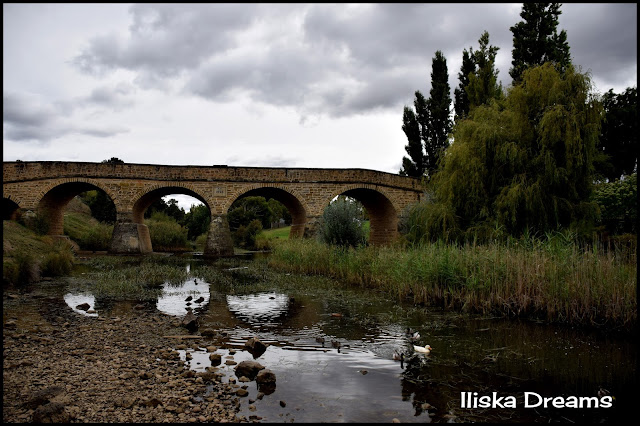 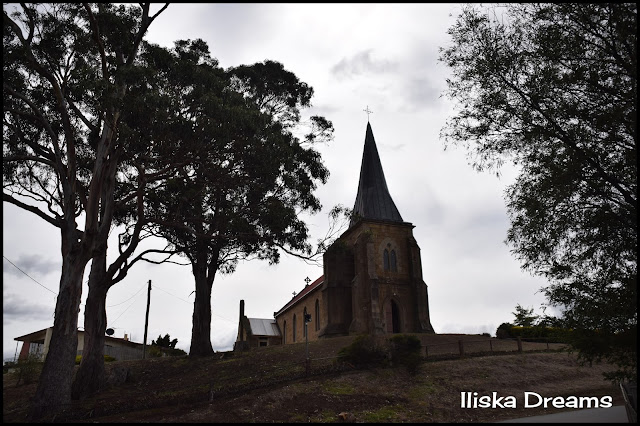 Not surprisingly, he also loved that the town had LOTS of lolly shops. We said he could pick what ever he wanted, but I think it overwhelmed him and he ended up picking nothing. 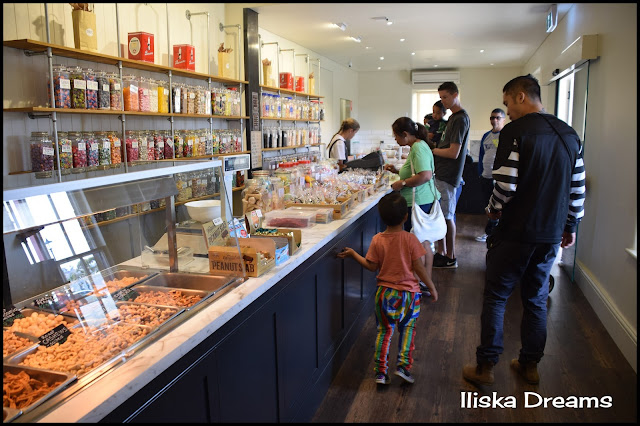 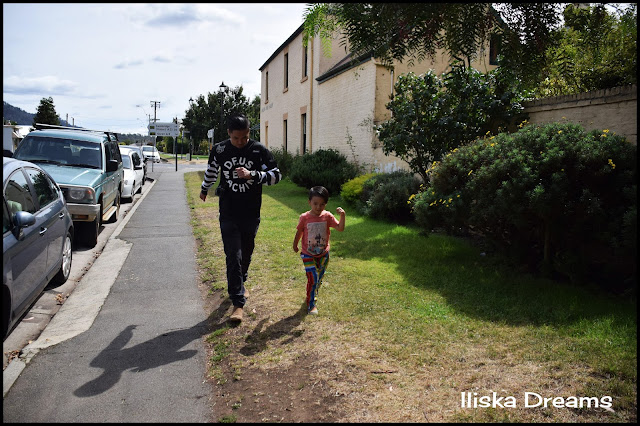 After a very late nap, we woke up and walked back past my favourite house and had the hugest sweetest afternoon tea. I think we all suffered from sugar comas and we all went back to the apartment to be extra lazy. The most I could manage was some crocheting. 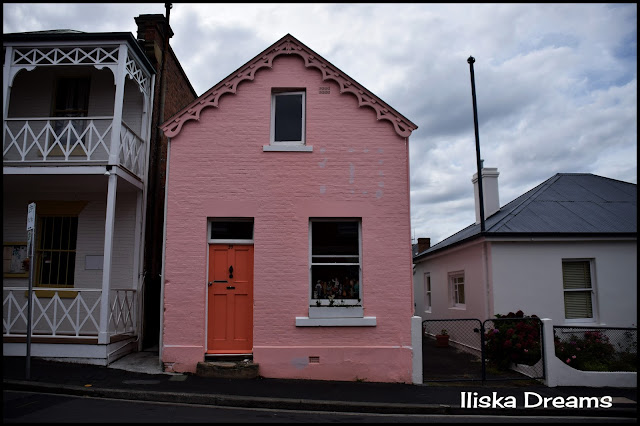 Note: words in italic are taken from the Richmond Historical Site.
Posted by Iliska Dreams at 22:13