WE HAVE EXPANDED OUR FAMILY BY THREE!

Dad knows Jarvis does not need any more 'stuff', so what does a good Granddad get his youngest Grandchild for their birthday? Chickens! 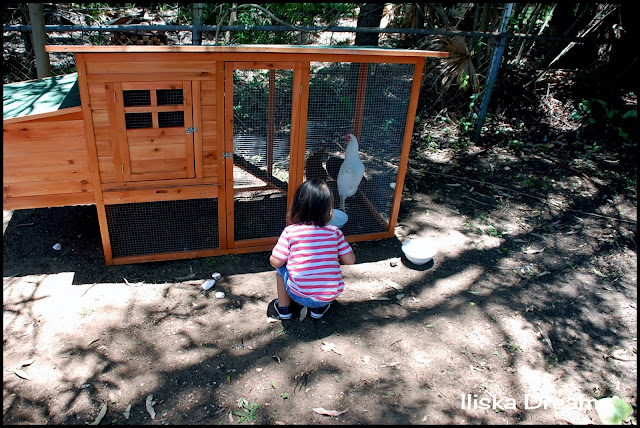 Jarvis spent most of the afternoon talking to the "Ducks".

We got the coop earlier in the week, and today we went for a drive out to a farm to pick up chickens. Jarvis had so much fun, he was literally shaking with excitement shouting "Duck! Duck!' every couple of seconds. According to Jarvis all birds are ducks. There were ducks but we choose three chickens.

We get home and put the chickens inside their coop and the first thing Jarvis does is go inside and sit with them. Dad is currently building an extension for them, plus we will let them out to play when we are home, I am just nervous about leaving them out alone because the back is not fully fenced and because of Tira.

Okay so now I need as much advice as possible on how to care for these three girls. Also any suggestions on names? 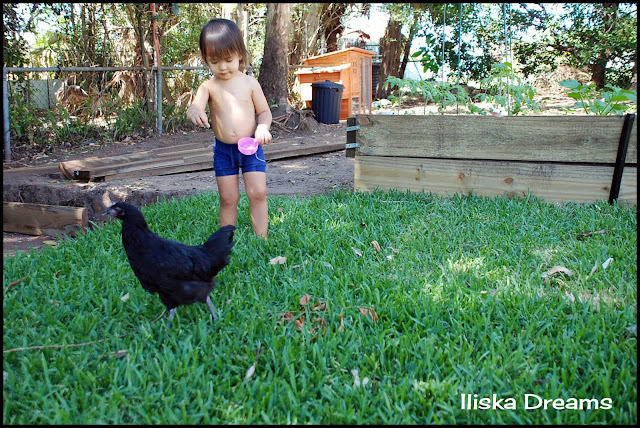 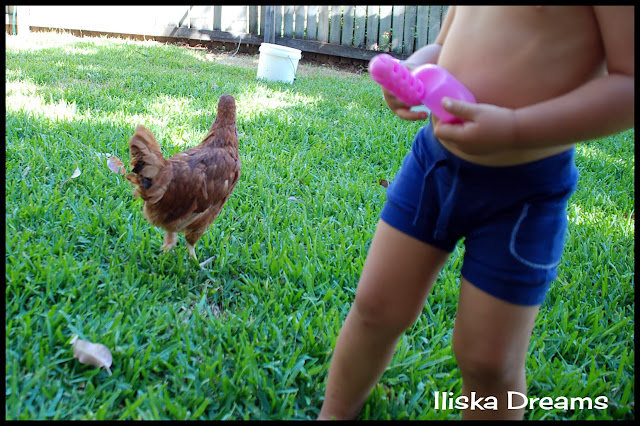 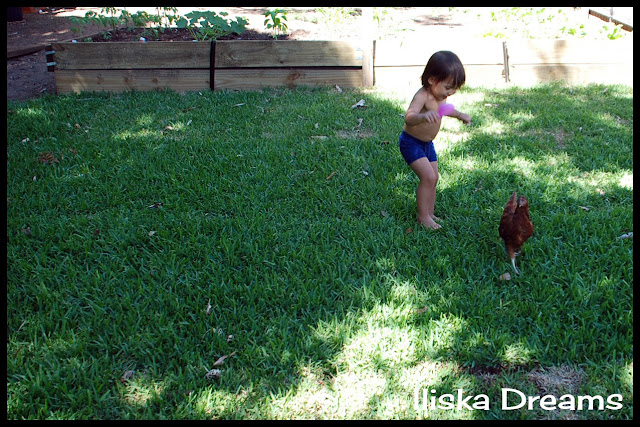 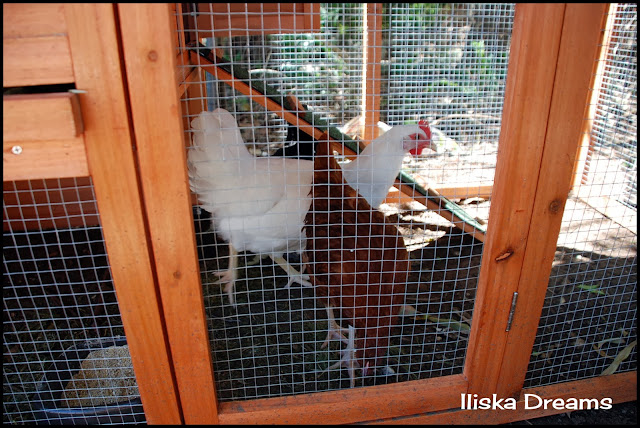 Miss Leghorn was shy and would not let me get her photo out of the coop, will go up and try again later. 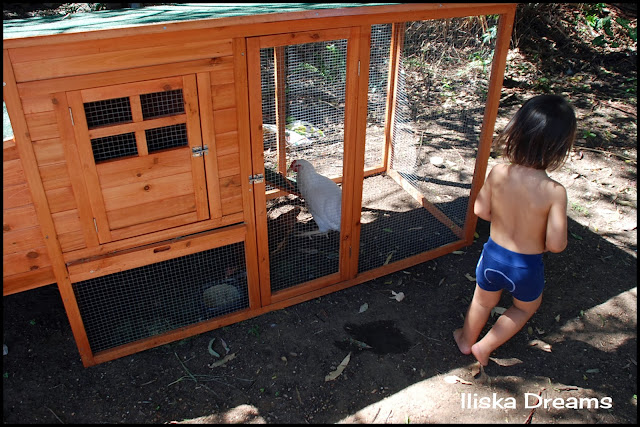