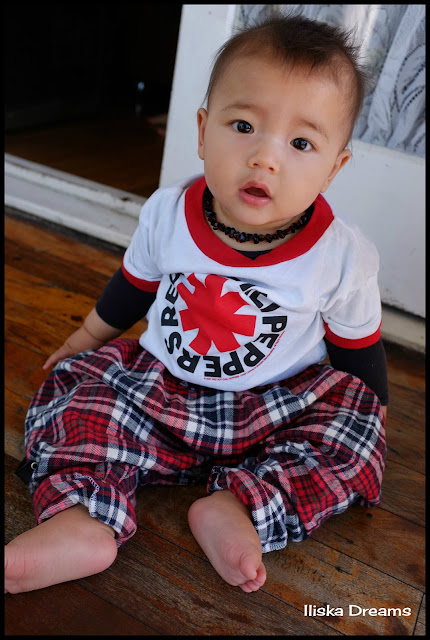 For week two, of the sewing challenge that I have set myself, I wanted to re-visited the Baby Sarouels from Sophie’s blog Cirque du bebe. Because of my fear of stretch I thought I would try the sarousels in a plain cotton. So with the two inspirations of Sophie’s sarouels (image on the left), and (the image on the right) I found under goggle search, I set to work on a piece of fabric I have had in my sewing basket for years. 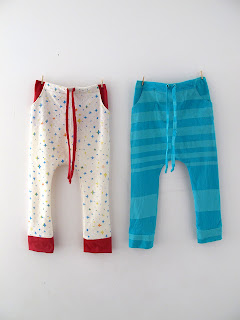 I cut the pants from the same pattern as last weeks, I just allowed a little more for each seam. This time I opted not to do a separate waist band, I just did an elastic waist and included belt hoops. 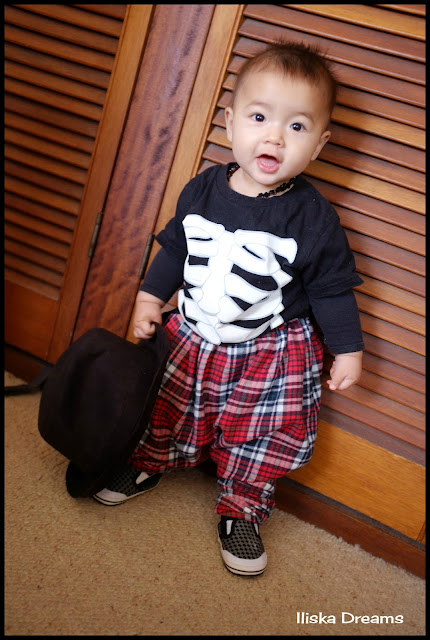 Jarvis looks gorgeous rocking the pants and his Dad’s hat. 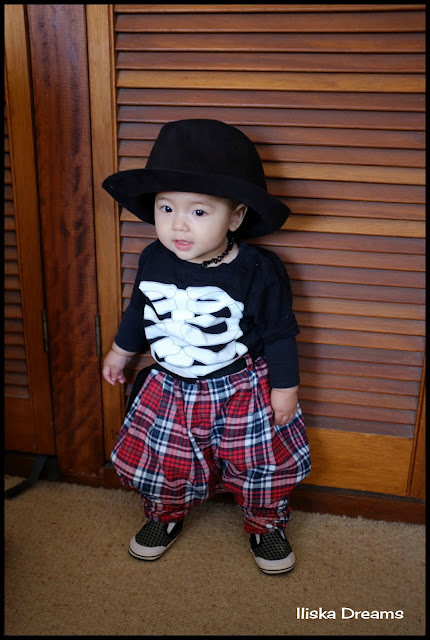 For some extra detail I included and angled back pocket and a belt loop from this pocket to the side seams. As most “punk” pants I looked at on the internet had chains and extra belt details. 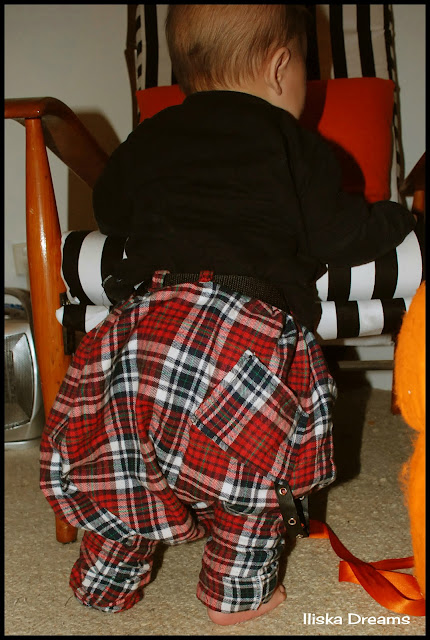 All that was needed was a belt to finish them off. After searching everywhere for a belt in Jarvis’s size and having no luck; I ended up making one; after a trip to the local spotlight. I bought one set of D-rings and some black binding, after less than five minutes, Jarvis had a black belt to go with his new Tartan punk sarouels. 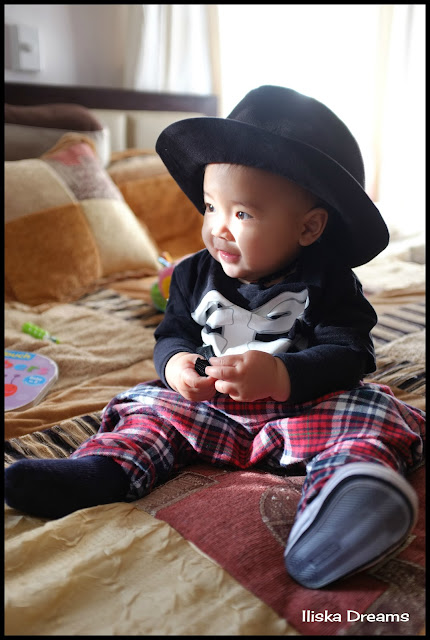 Overall much happier with this weeks sarouels than last weeks. A tad too big, as I over-estimated what was needed in lieu of the stretch, but at the rate Jarvis is growing it may be a good thing.