It has been a hard week, Jarvis not only got his first tooth, he also got his father’s “Man Cold”. So with two sick grumpy boys in the house not much sewing got done. 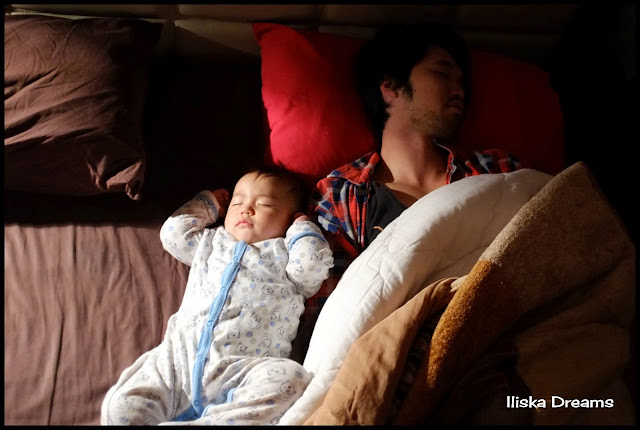 I did manage to recycle one of Justin’s t-shirts 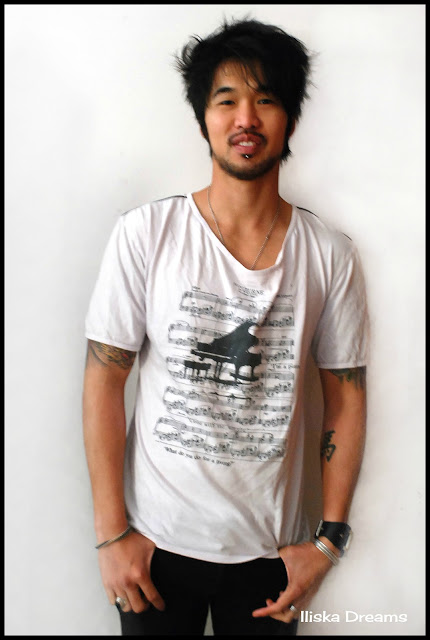 Into a t-shirt for Jarvis 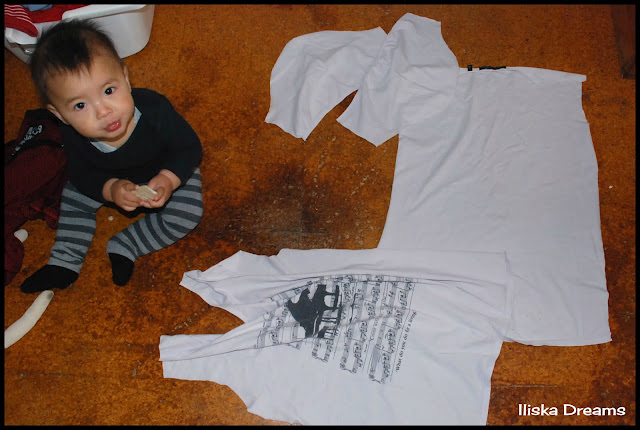 I cut up Justin’s t-shirt along the seams and used one of Jarvis’s t-shirts as a guide. I cut the shirt a bit big as I wanted to keep as much as the pattern as possible. 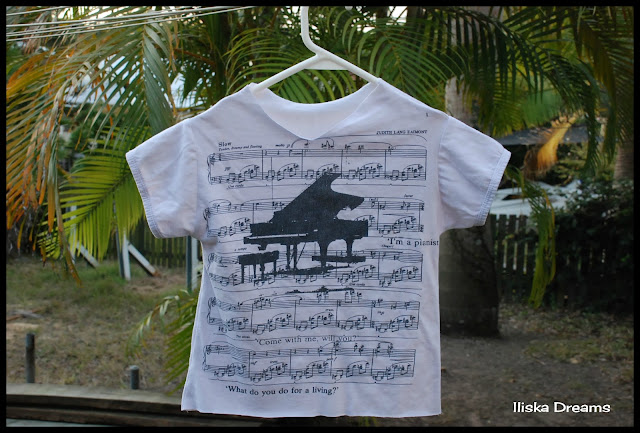 Everything was a bit of a guess; and I have not hemmed the edges of the neckline or the bottom of the shirt. It has been through the wash once and seems to be holding up ok. 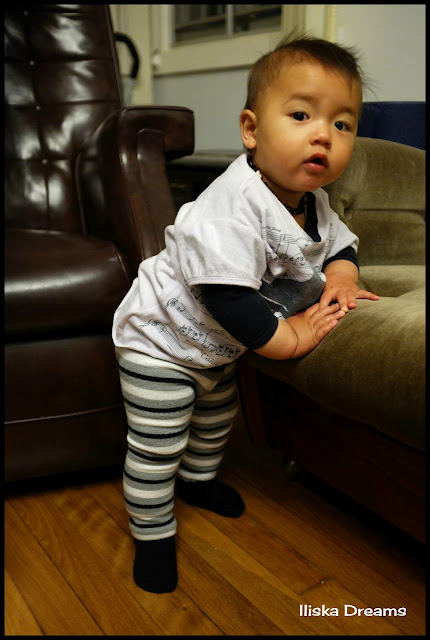 But not bad, considering my fear of stretch sewing and lack of pattern. 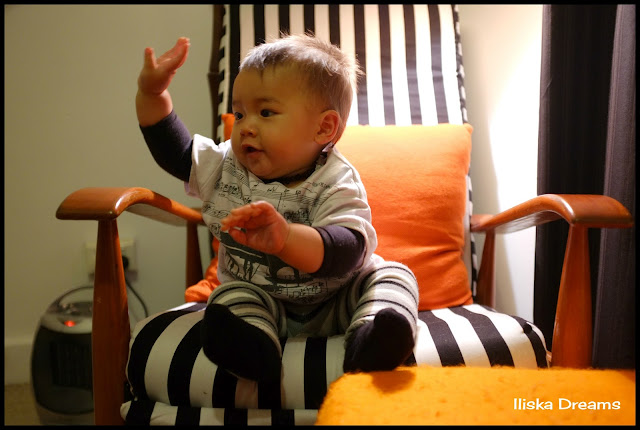 Jarvis is in his "Beetlejuice" chair which I recovered as part of his whole room make over.