By Thursday, day five, we had settled into the groove of being in . 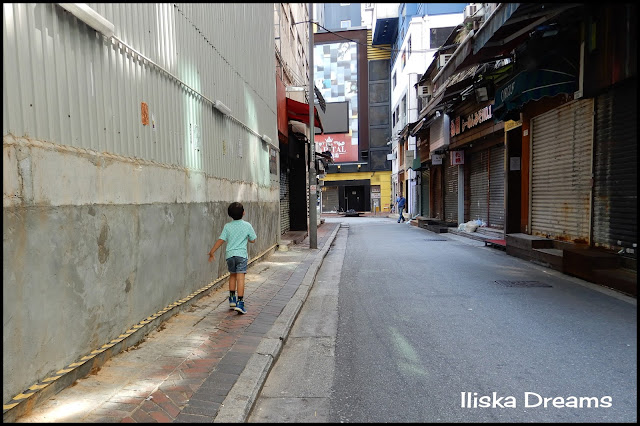 Yes, we were still super hot and sweaty every moment outside. Yes, Jarvis still got overwhelmed by the crowds and wanted to be carried. But, I noted Jarvis was happier to wander more. Being covered in sweat, and having a heat headache became the norm.. Or maybe it was because I was learning to say no, to doing too much every day. 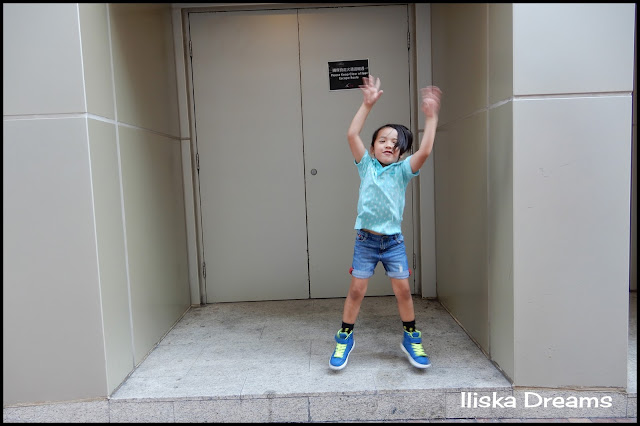 Eight o'clock in the morning, and look at Jarvis's sweaty head...

Instead of wandering for ages looking for anywhere open for breakfast I suggested Maccas, pancakes and coffee. Yes, the coffee was crap, but lucky for me I don't drink it, so Jarvis and I enjoyed hotcakes and a chocolate frappe. He was thrilled to get a toy. 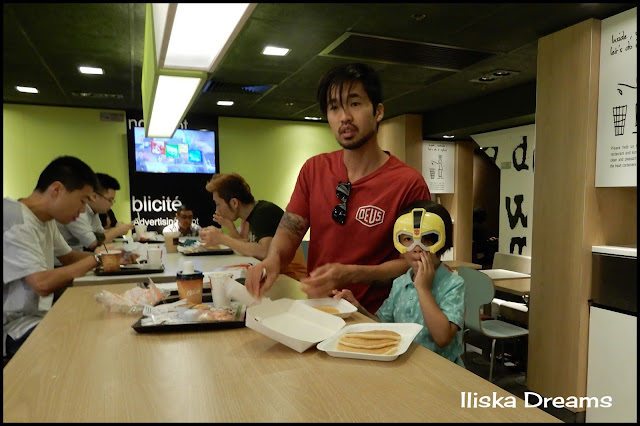 I suggested the park for the morning as we were meeting Justin's family for lunch, I wanted Jarvis to have the chance to play and be a kid. Which put Jarvis in an even better mood. 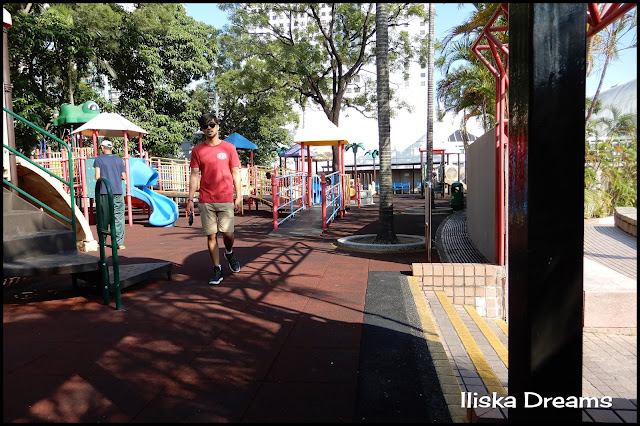 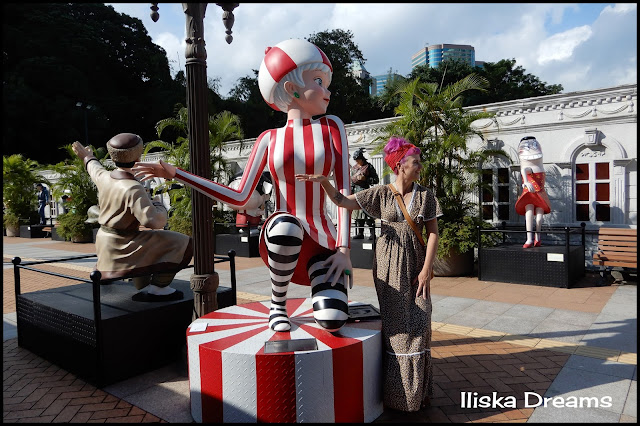 A hotel pitstop for another shower, more snacks, and water. And of course more elevator selfies. 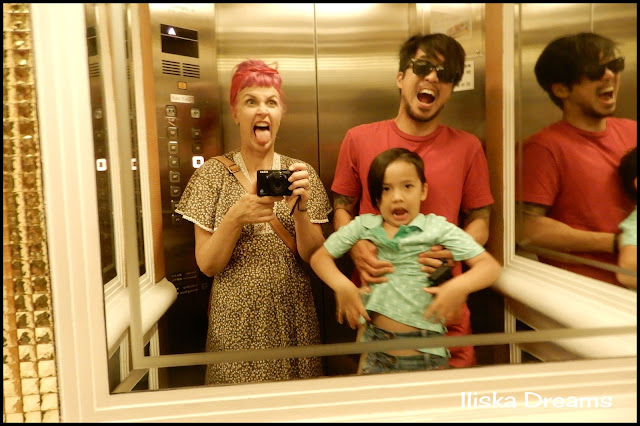 Then we headed off to catch the trains to to meet Justin's family. 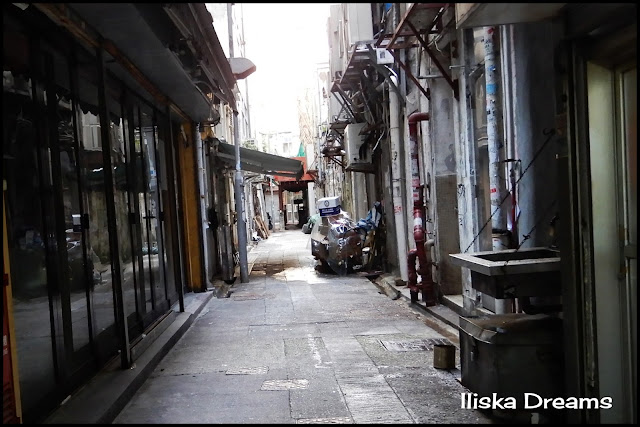 After filling our bellies with yum cha, we walked a short distance to and Flower Market.

The is actually a small lane, the traditional Moon Gate is at the start of this pedestrian alley. The Chinese had traditionally liked to keep birds as pets. When you walk into this small garden you can see one of 's nuances of talking birds for a walk. The garden is a place to hang out and chatt and bond of their love of birds. 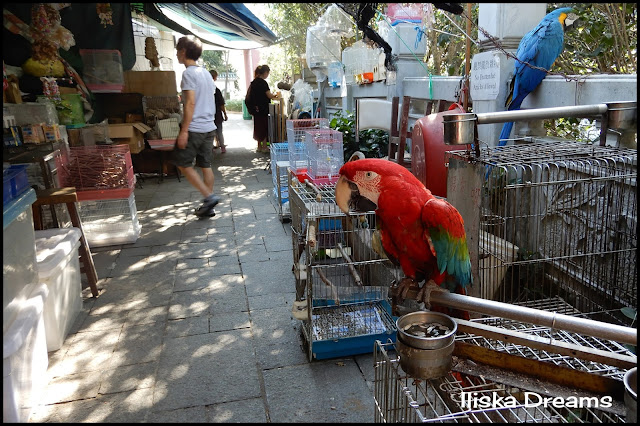 The market stands are just a small stroll away, it is a small area with only a few shops but what it lacks in size, it more than makes up with the variety of birds, there is everything from delicate canaries to colourful parrots. Plus, the beautiful hand-crafted bamboo cages and all the sorts of funny and peculiar "bird food" like the buckets  full of live crickets which. I really enjoy this kind of tourism which shows an old and enduring part of traditional Chinese lifestyle. 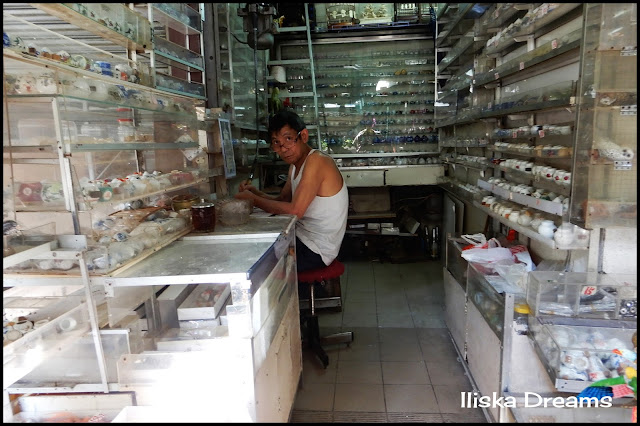 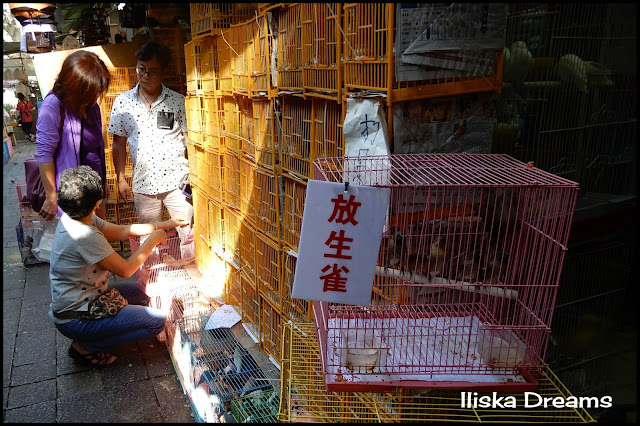 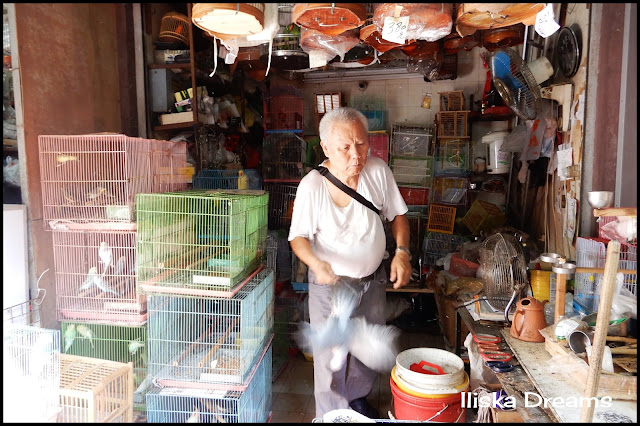 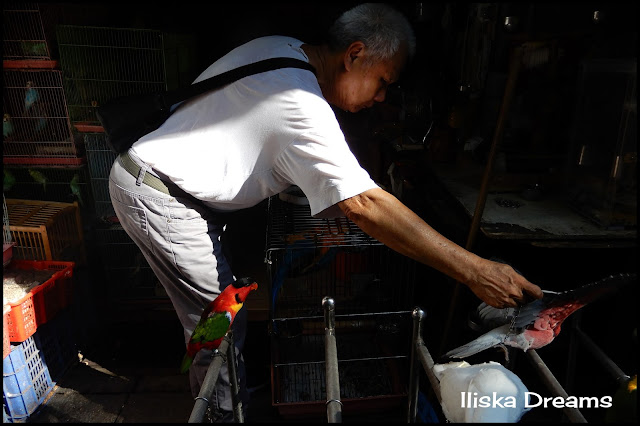 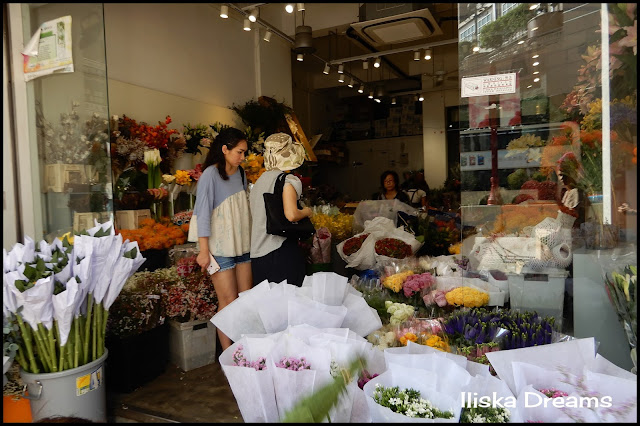 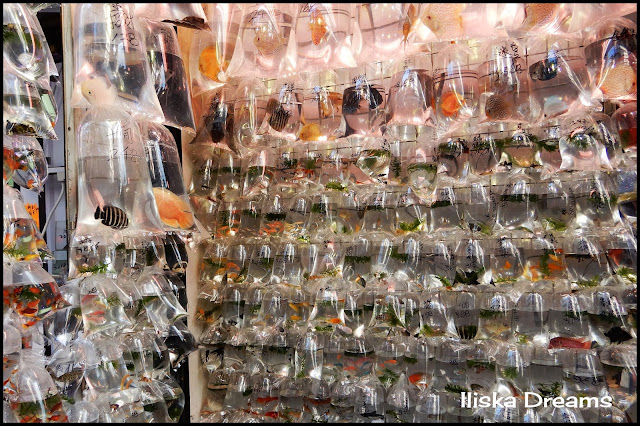 So I decided to go back to the hotel for a short nap before, meeting up with Justin's family again for dinner.

Which I am glad I did. Dinner with Justin's family was delicious, but very very late for our travelling four year old. We didn't even get on the first train until 10.30. So, Justin and I took turns carrying him the whole way home. Poor thing barely had a shower before falling asleep. Actually, we all had quick showers and all fell asleep exhausted. 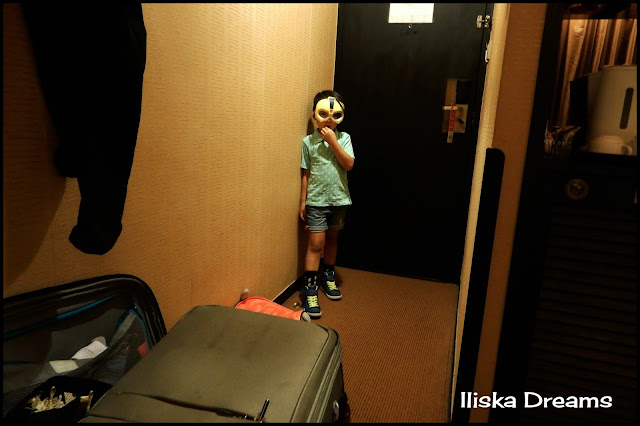