All three of us woke a little flat on day six. Not Sure if it was because we had such a good day the day before, or because it was our first day of grey weather. 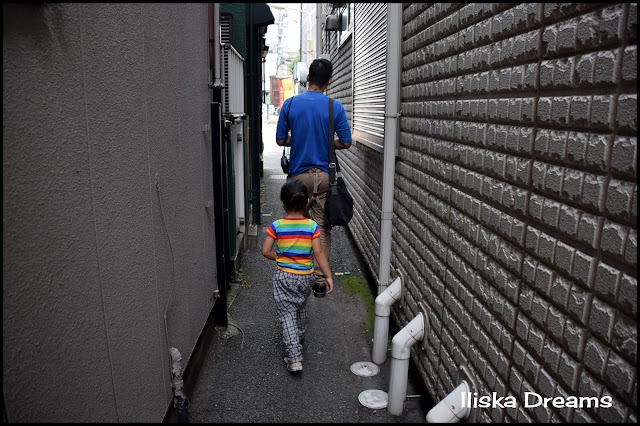 We had breakfast at a cafe in Harajuku, first meal I did not eat. I ordered an omelette and it came out cold and floating in grease.

Another train ride to Shinjuku, which is one of the 23 city wards of Tokyo, but the name commonly refers to just the large entertainment, business and shopping area around Shinjuku Station. Shinjuku Station is the world's busiest railway station, handling more than two million passengers every day. 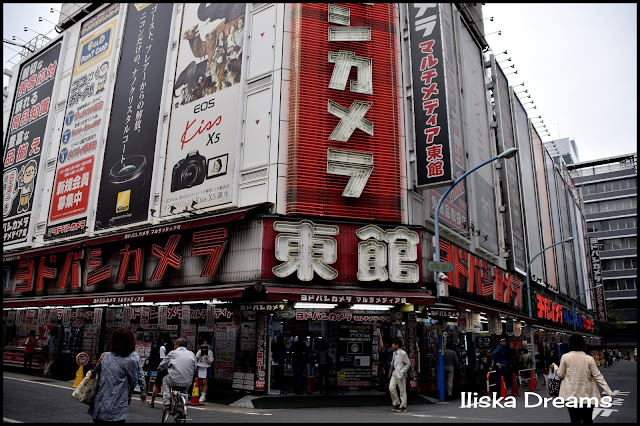 But the time we had walked through my tummy was feeling gross. Justin headed straight for Big Camera (Big Camera is one of 's leading discount electronics retailers. It has two large stores in Shinjuku: one in the near the station's west exit and one east of the station near the Isetan department store.) Whereas I headed for the nearest toilet. Thank you Maccas at Shinjuku. Justin bought enough film to fill an entire shelf of our fridge back at home.

Justin and I joke at least once every holiday I get an extreme upset tummy/bowel. Only exception has been in . Nup, never had belly!

Back on the train to Shimokitazawa, where we found a great cafe to have lunch. The neighbourhood is often compared with the backstreets of Ura-Harajuku smaller shop units and restricted vehicular access Shimokitazawa has limited appeal to larger domestic and international fashion merchandisers, enabling independent retailers to survive. 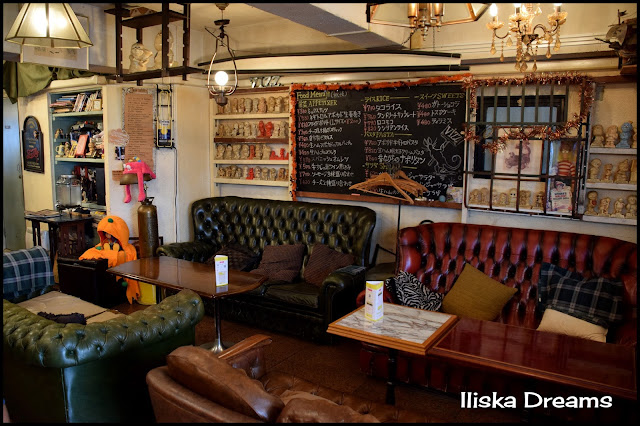 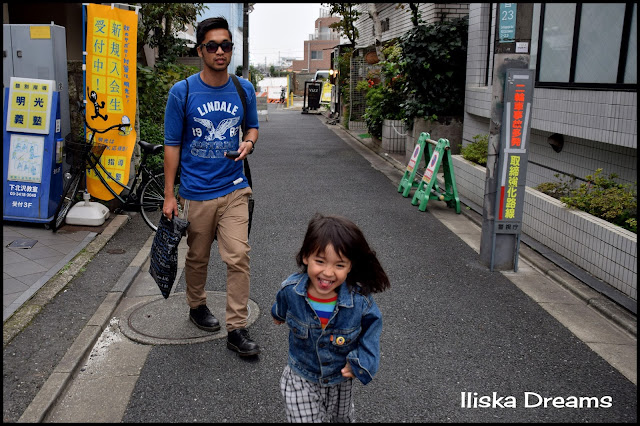 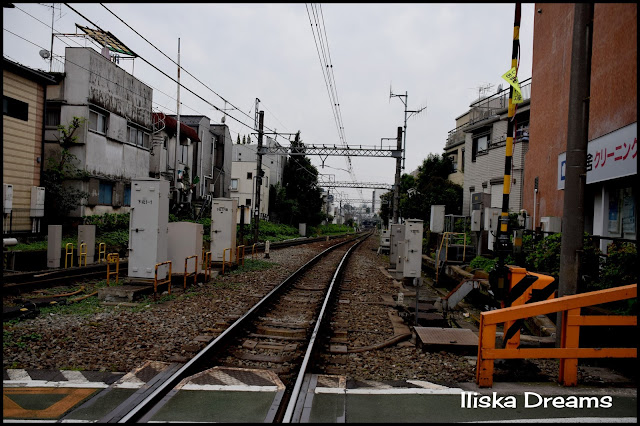 The numerous cafes and second-hand and vintage shops, Shimokitazawa is


popular with students and followers of Japanese youth subcultures. Or people like me, who just do not like normal retail shops. I only bought one vintage cardigan. Justin bought a little (a lot) more. 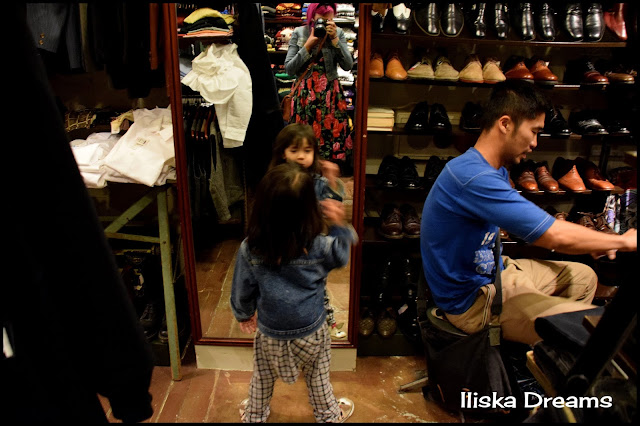 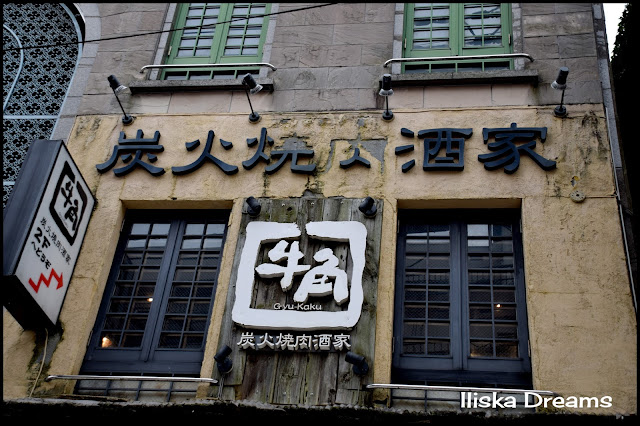 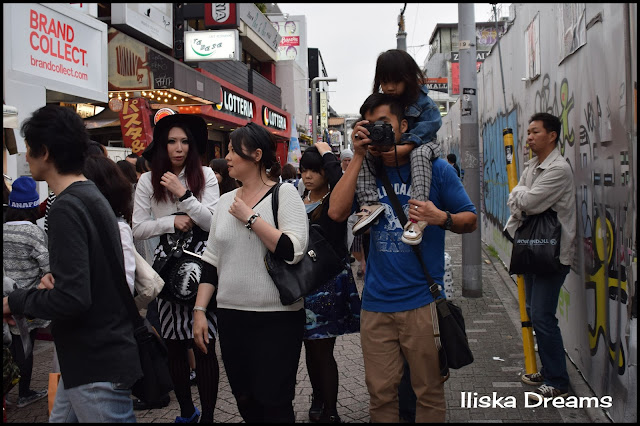 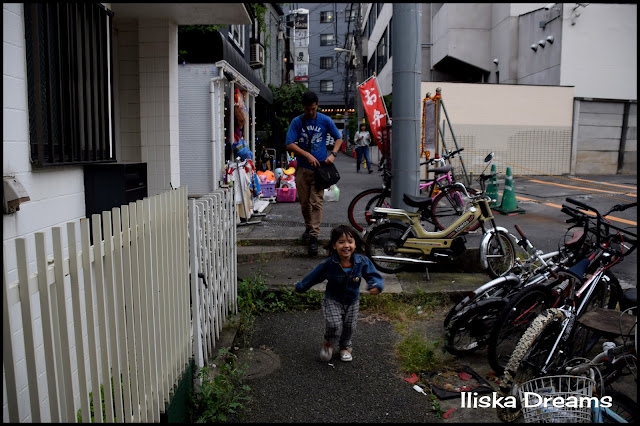 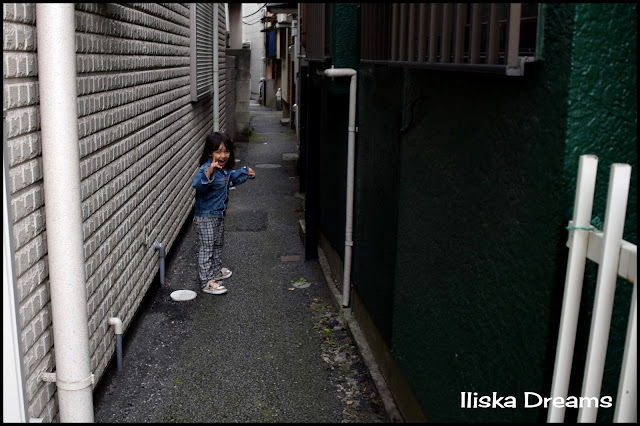 After a late nap we headed back on the trains to visit Sensō-ji. is an ancient Buddhist temple located in Asakusa, . It is one of the oldest and most significant temples of japan. 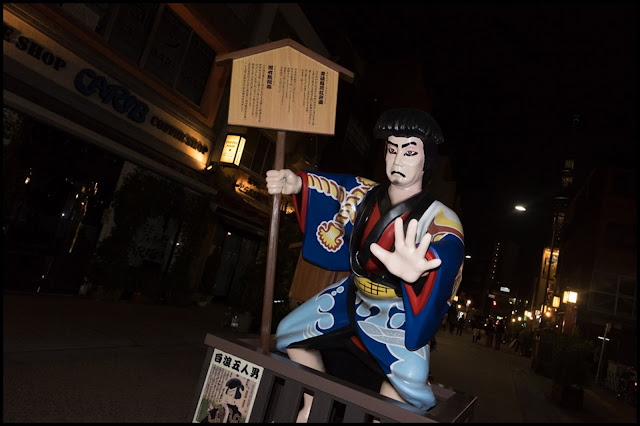 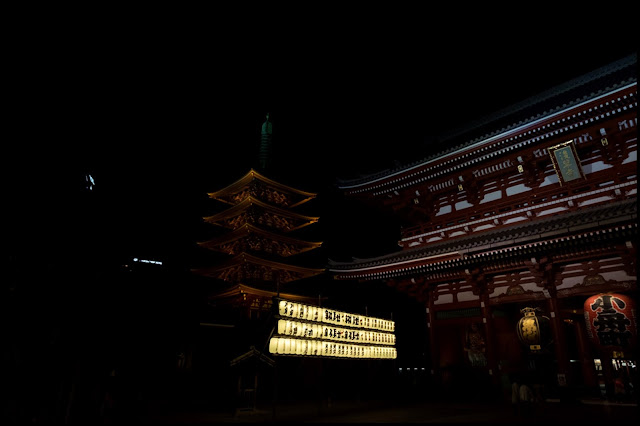 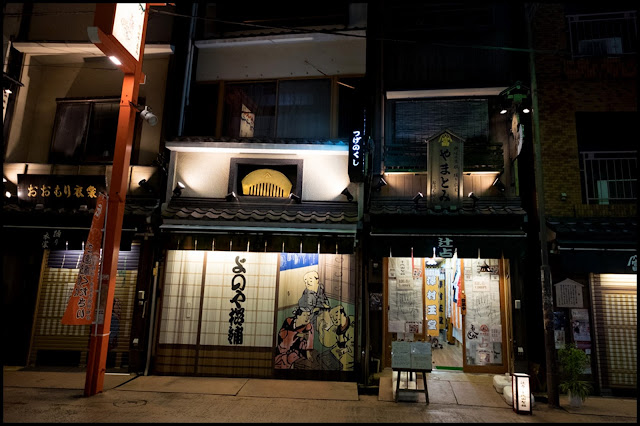 We got to see a Geshia wandering around with her client. Stunning costume. Plus the temple at night is absolutely stunning. Unfortunately I did not get a shot of her. But if you head over to Justin's Facebook page you can see the image he got.

The rain pushed us back onto the train, and back to Harajku, Crepes on the side of the road were a stand in for Justin's birthday cake. 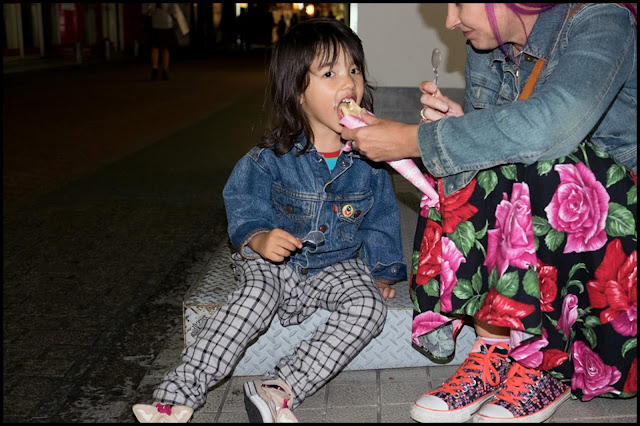 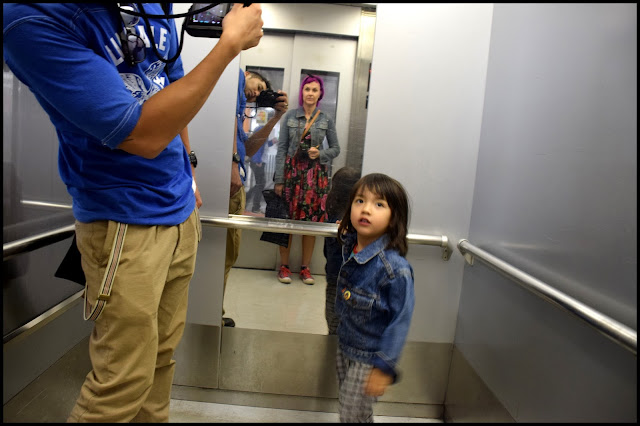 Elevator Selfies of the day.