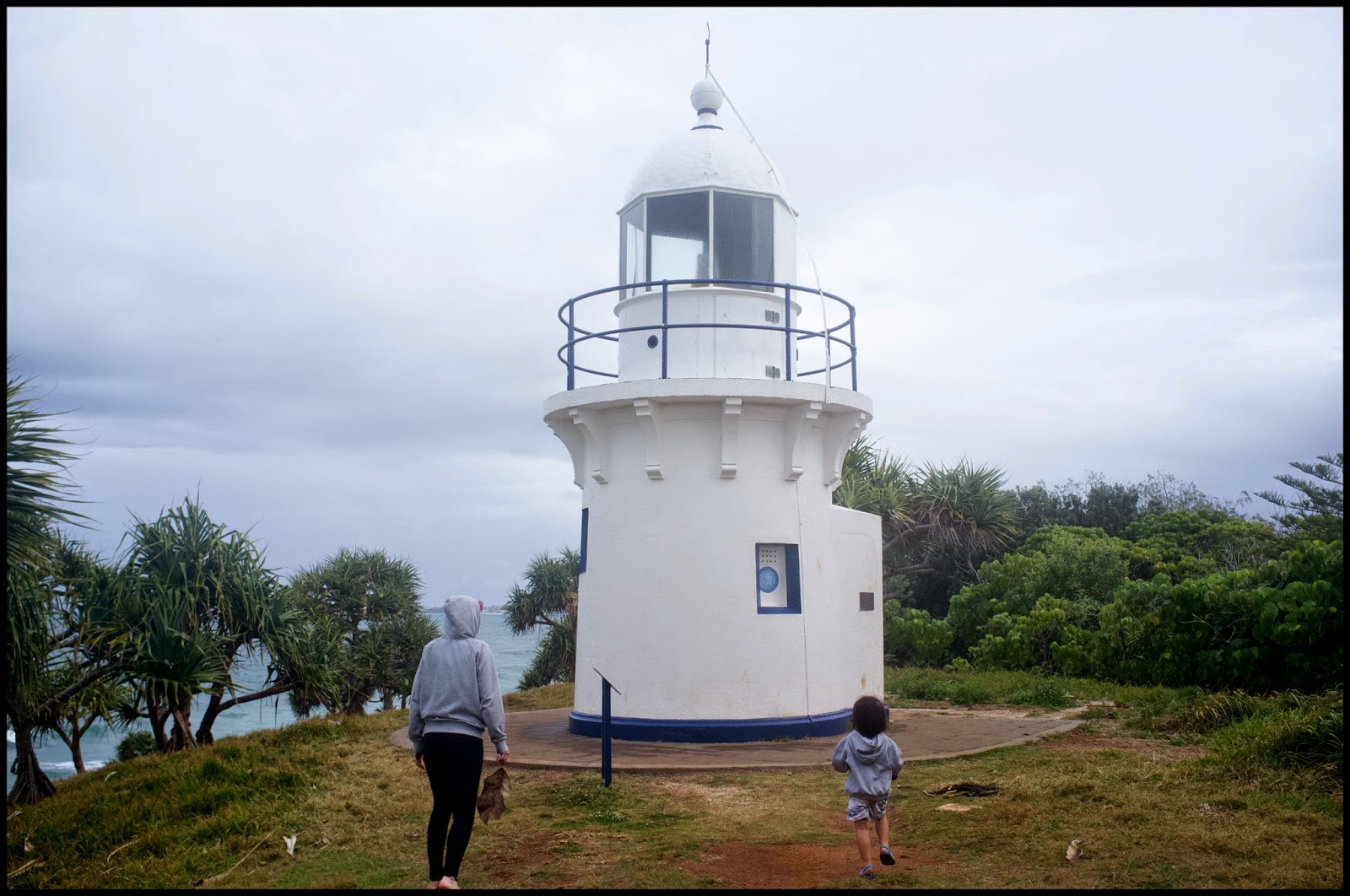 According to Wiki The island off Fingal Head was first sighted by James Cook about 17:00 on 16 May 1770 (log date and time). The area and small town is often just called Fingal. It is located on the Far North Coast of New South Wales in Tweed Shire, about 5 km south of the and border, and south of the Gold Coast. At the time of the 2006 census, Fingal Head had a population of 575 people.

According to Jarvis it is where at the top of your lungs you scream "holiday!".

We left early Sunday morning, and they let us check in early (we also checked out late Tuesday). But, all three of us just wanted to stay. Even with the rain on and off Sunday and Monday, it was the perfect mini getaway. With hours spent digging in the sand. Walking on the beach, and for Justin swimming with the dolphins. 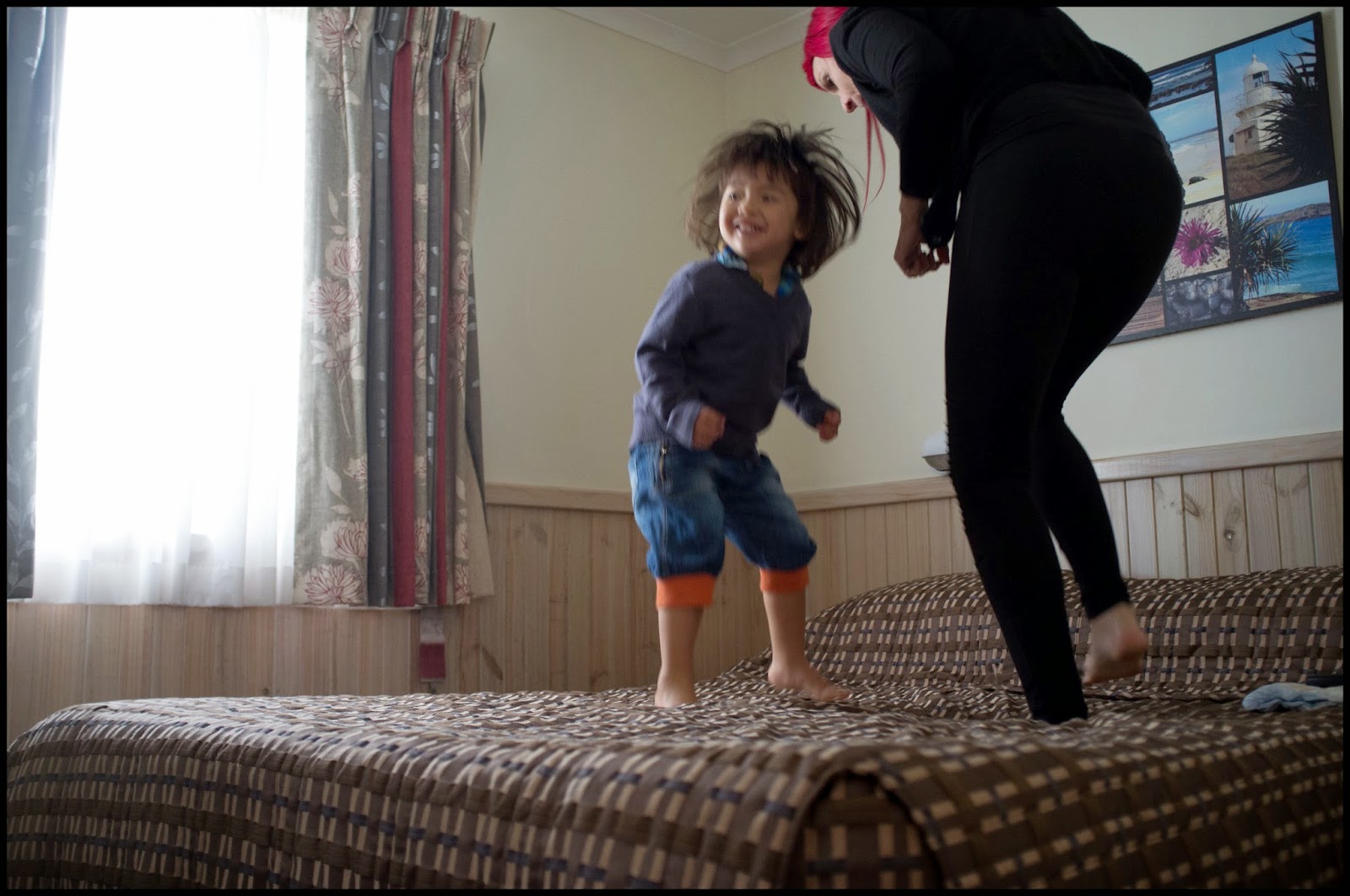 When it rained we had fun indoors. 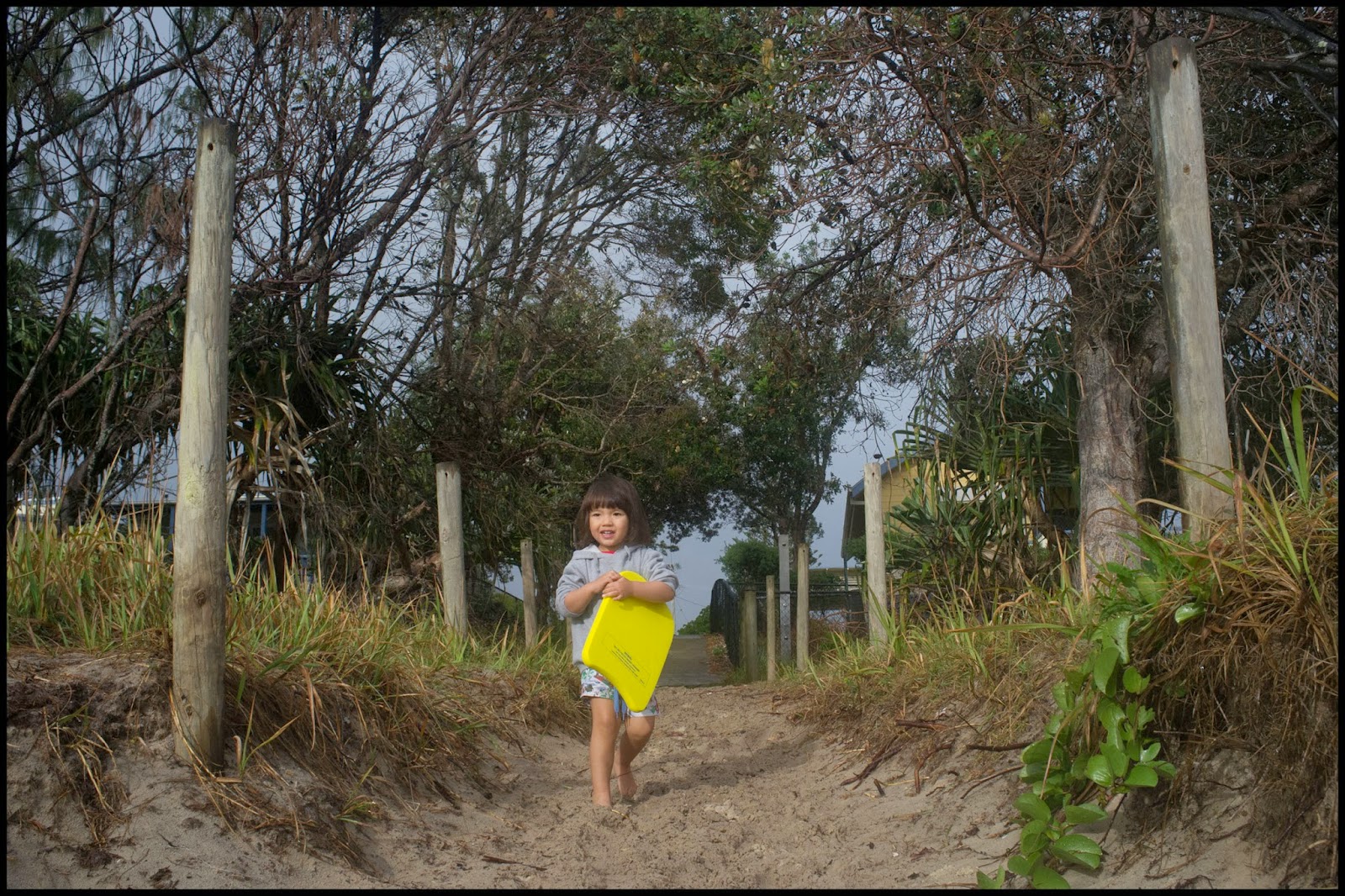 As soon as it stopped, we headed out 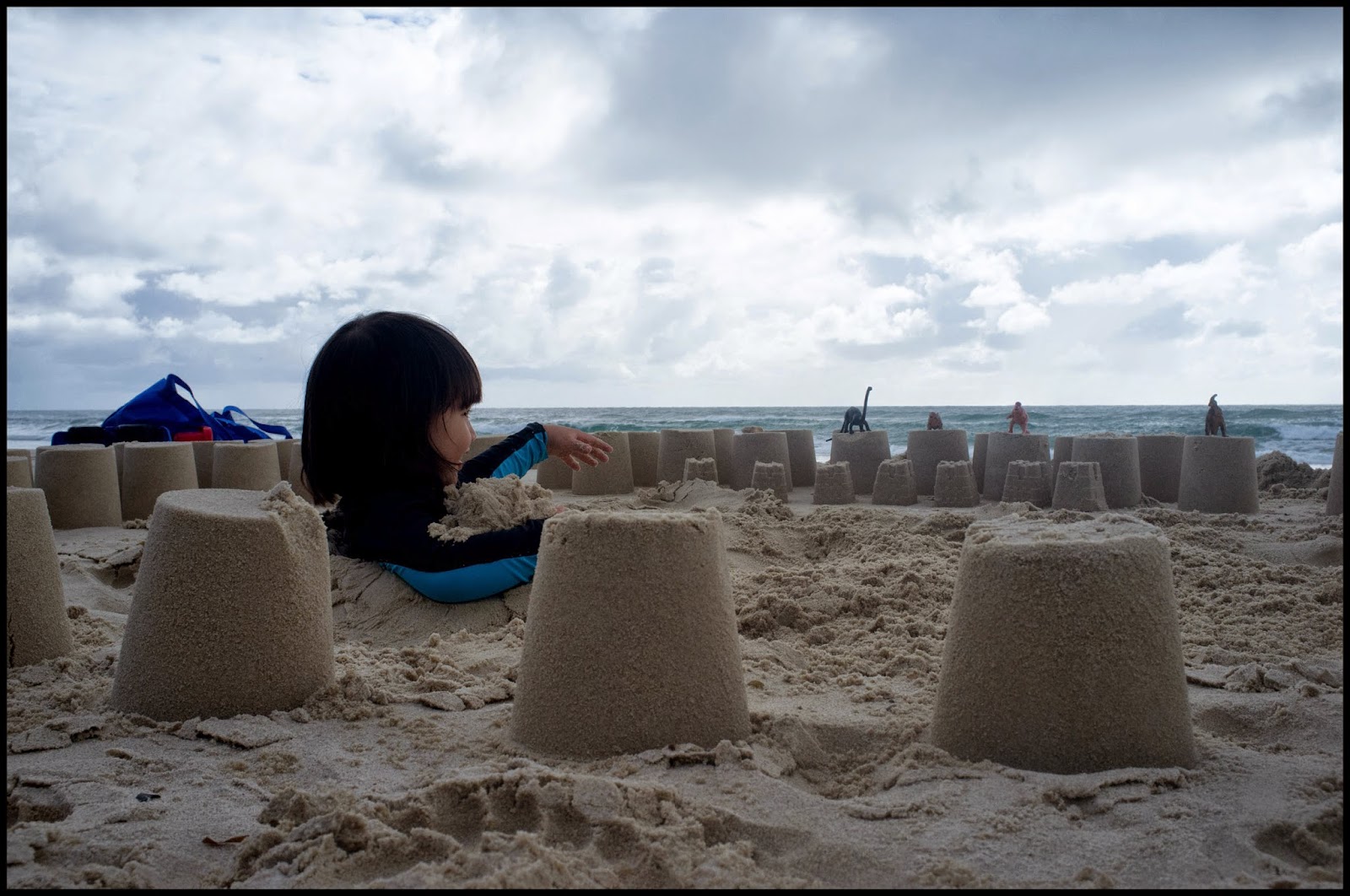 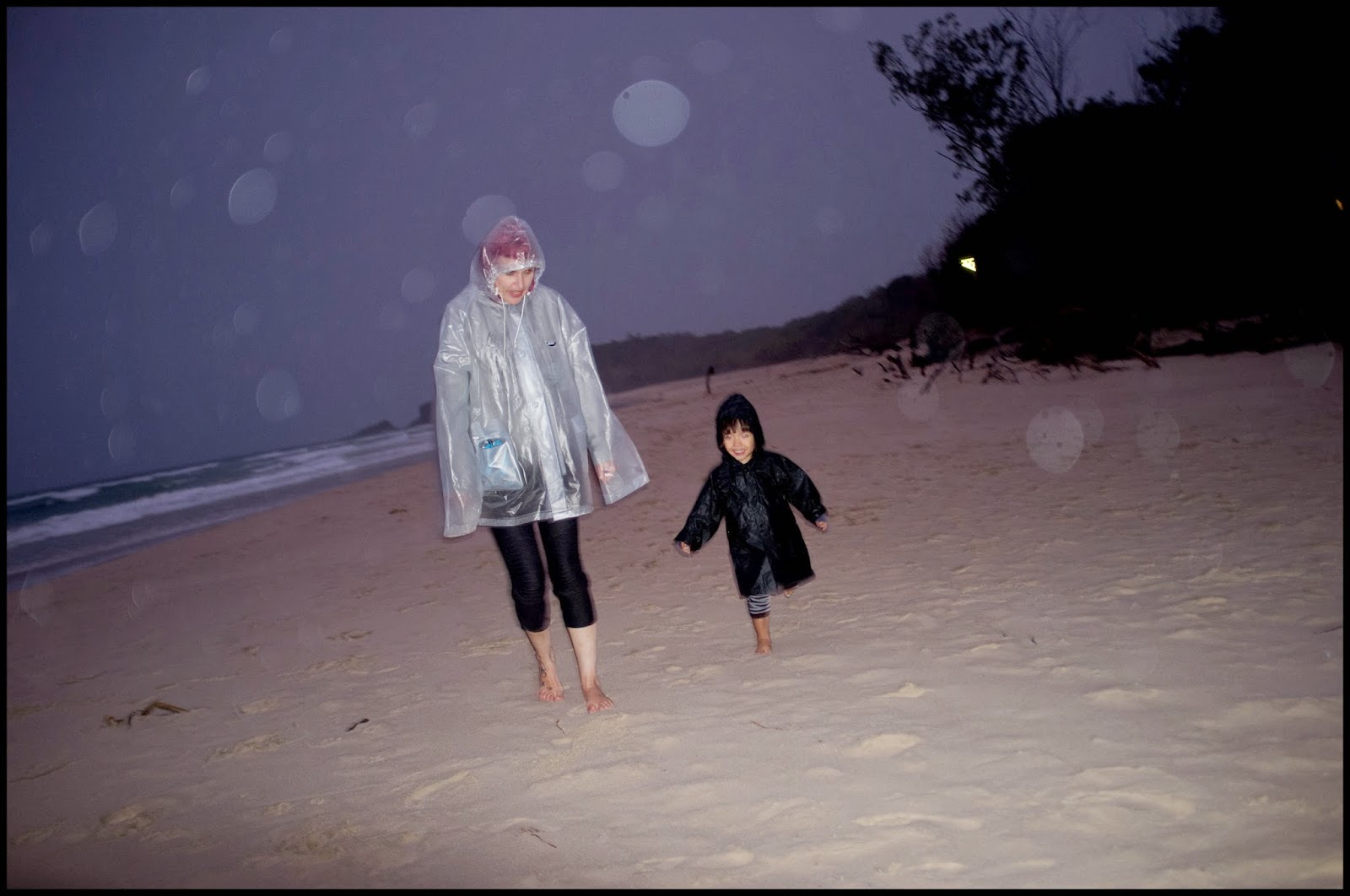 Sometimes, even when it was bucketing down with rain we headed out to explore. 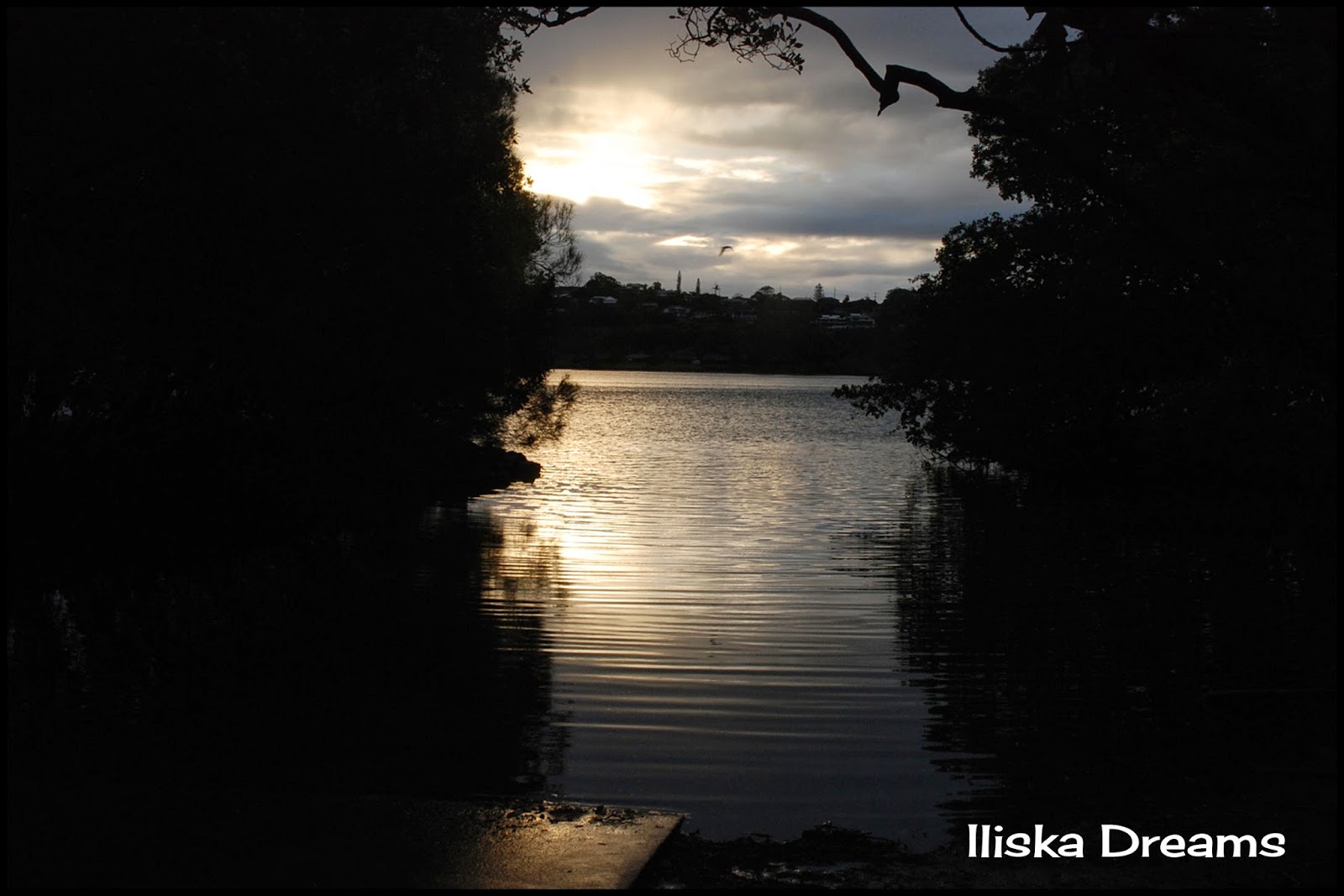