Not sure if my images even captured the true pink it was. But while we were in Melbourne we visited a pink lake. Salt Water Lake. 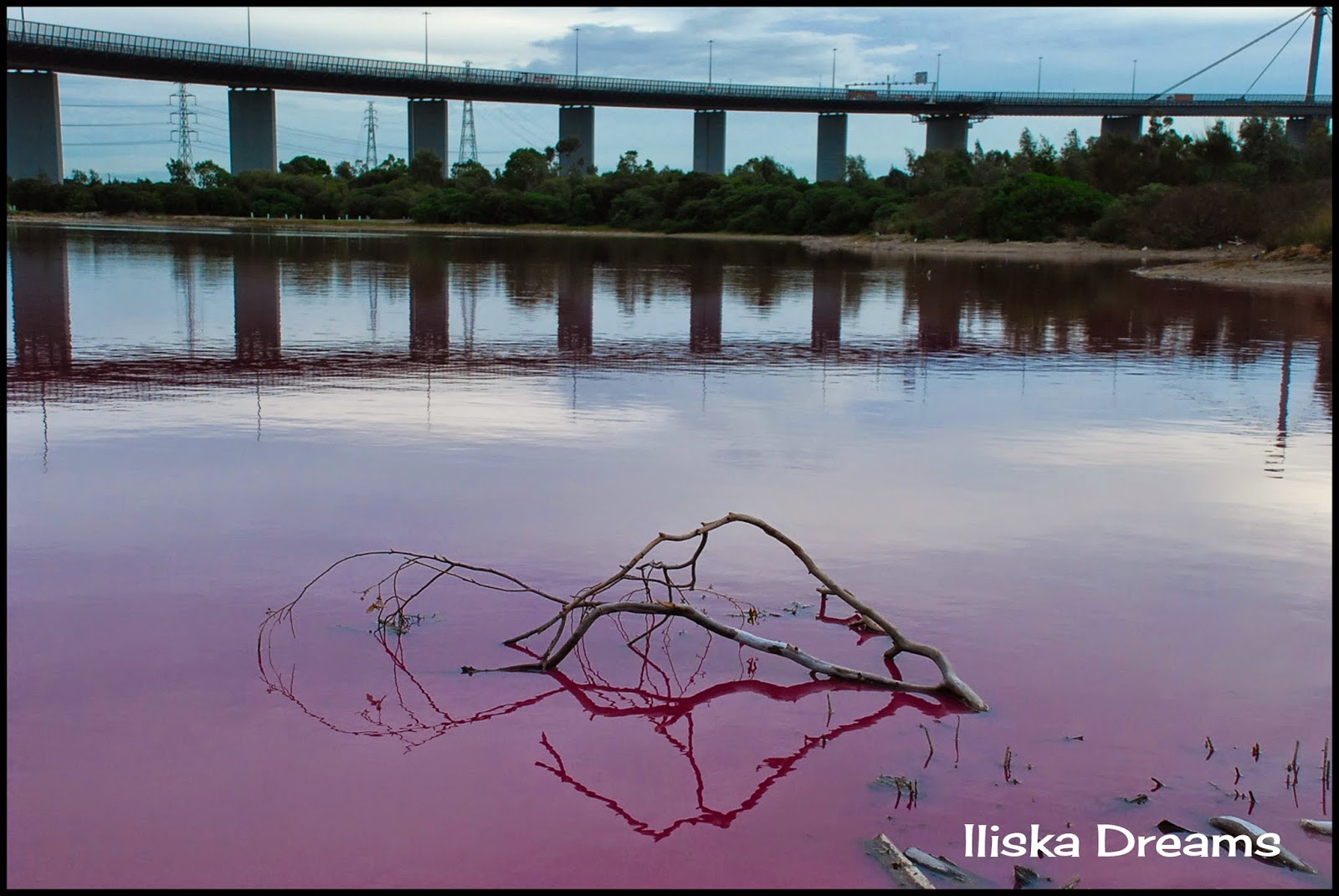 Two weeks ago today, after a long walk to the bus stop. Okay it wasn't that long, but I had several blisters and I was carrying Jarvis in the sling. Plus, I had a bronchial chest infection, so there was snot and I was fighting to get air in my lungs. A twenty minute bus ride. Then another long hike, I was thinking this lake better be bloody pink.

We got there and the lake was, just like any other lake and I thought bugger. I will just lay down here and nap. But Justin insisted on exploring more. I am glad he did, there were two lakes, one pink and the other not. (very unimaginative name!) was pink. I know when Jarvis is getting sick, he gets extra clingy. So the whole time in Melbourne I either had to carry him, or he had to be holding my hand. 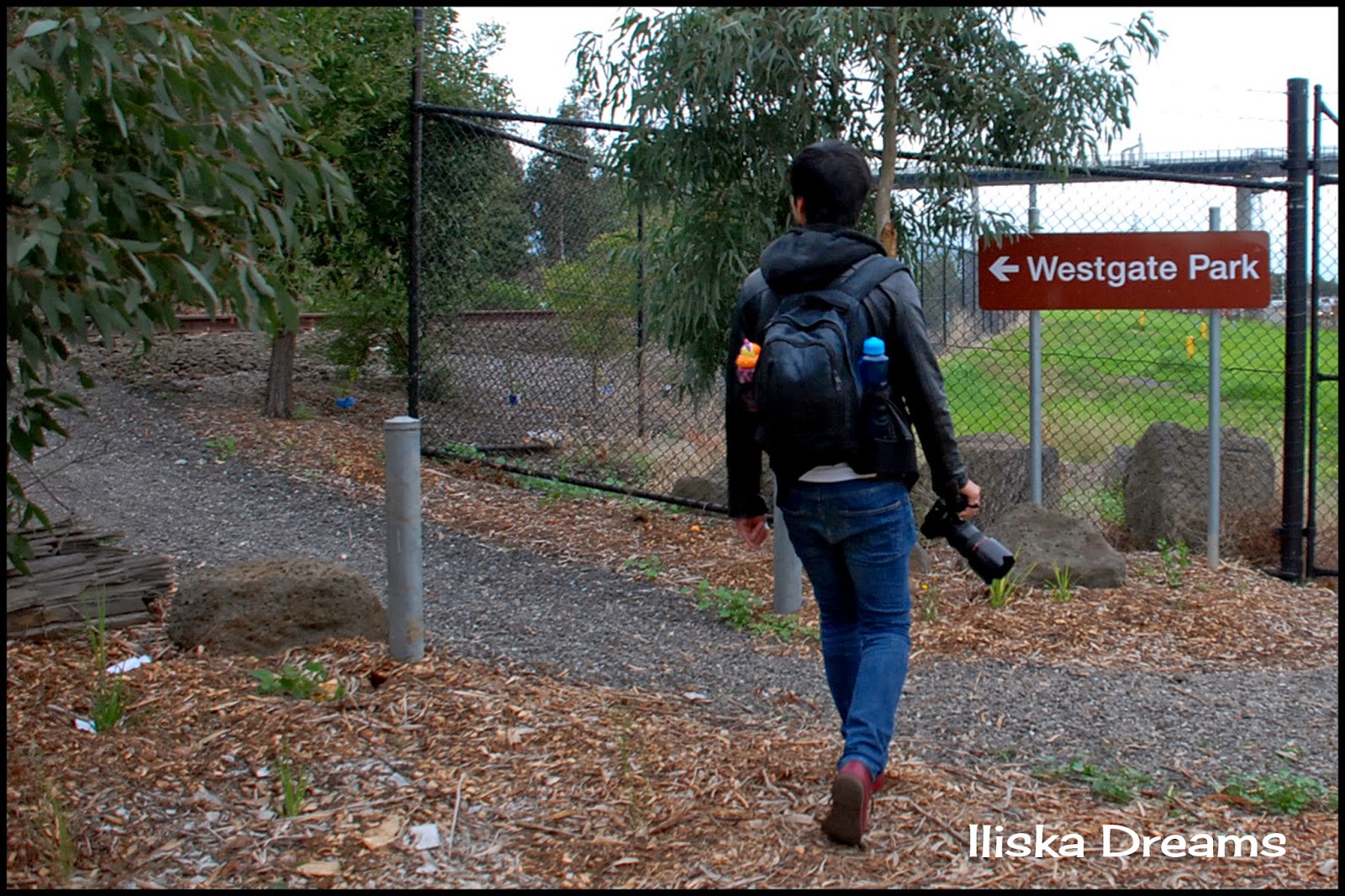 I get to cart Jarvis around and Justin gets the heavy backpack full of 'stuff'. 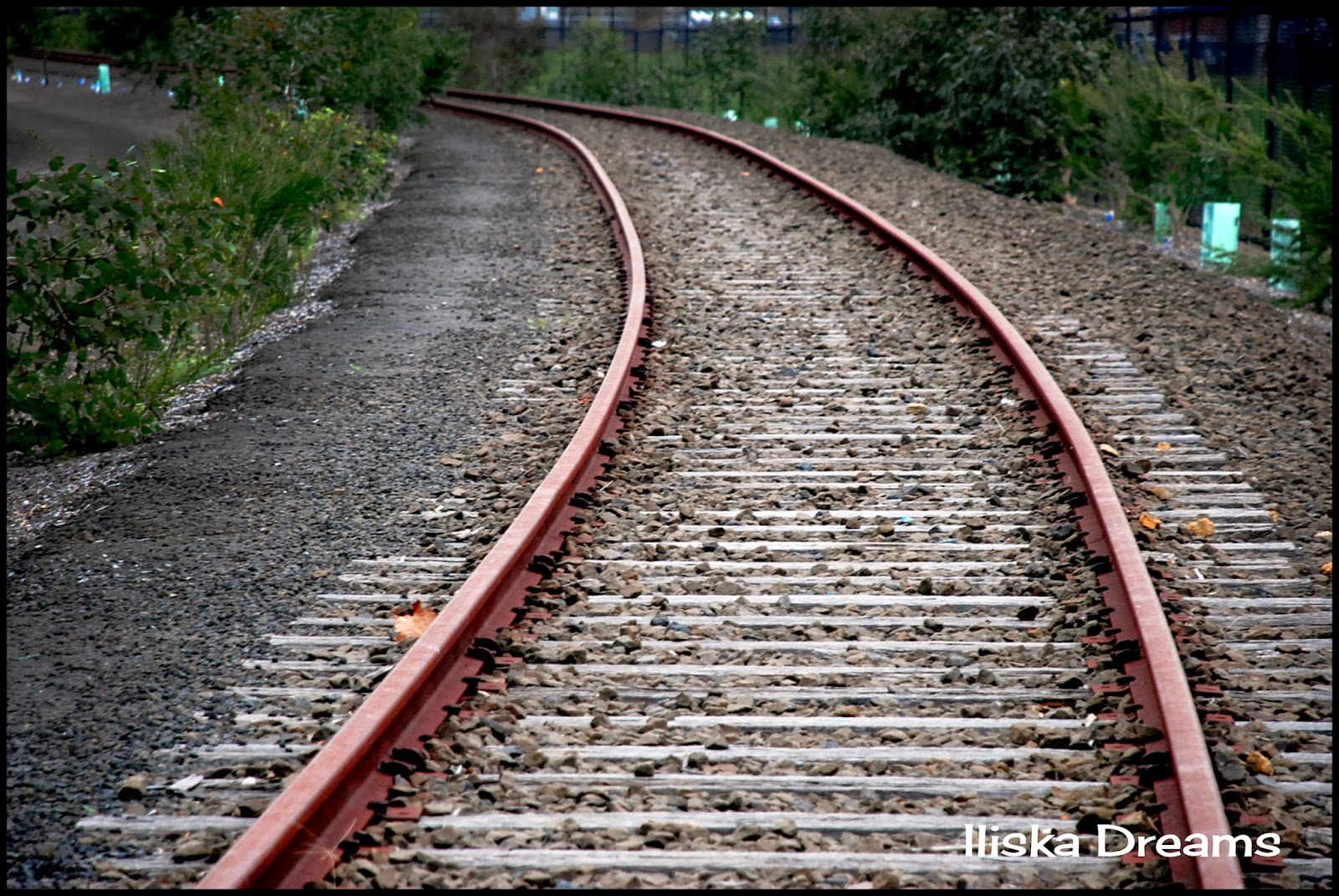 I was so tired, I was going to have a nap on the tracks. 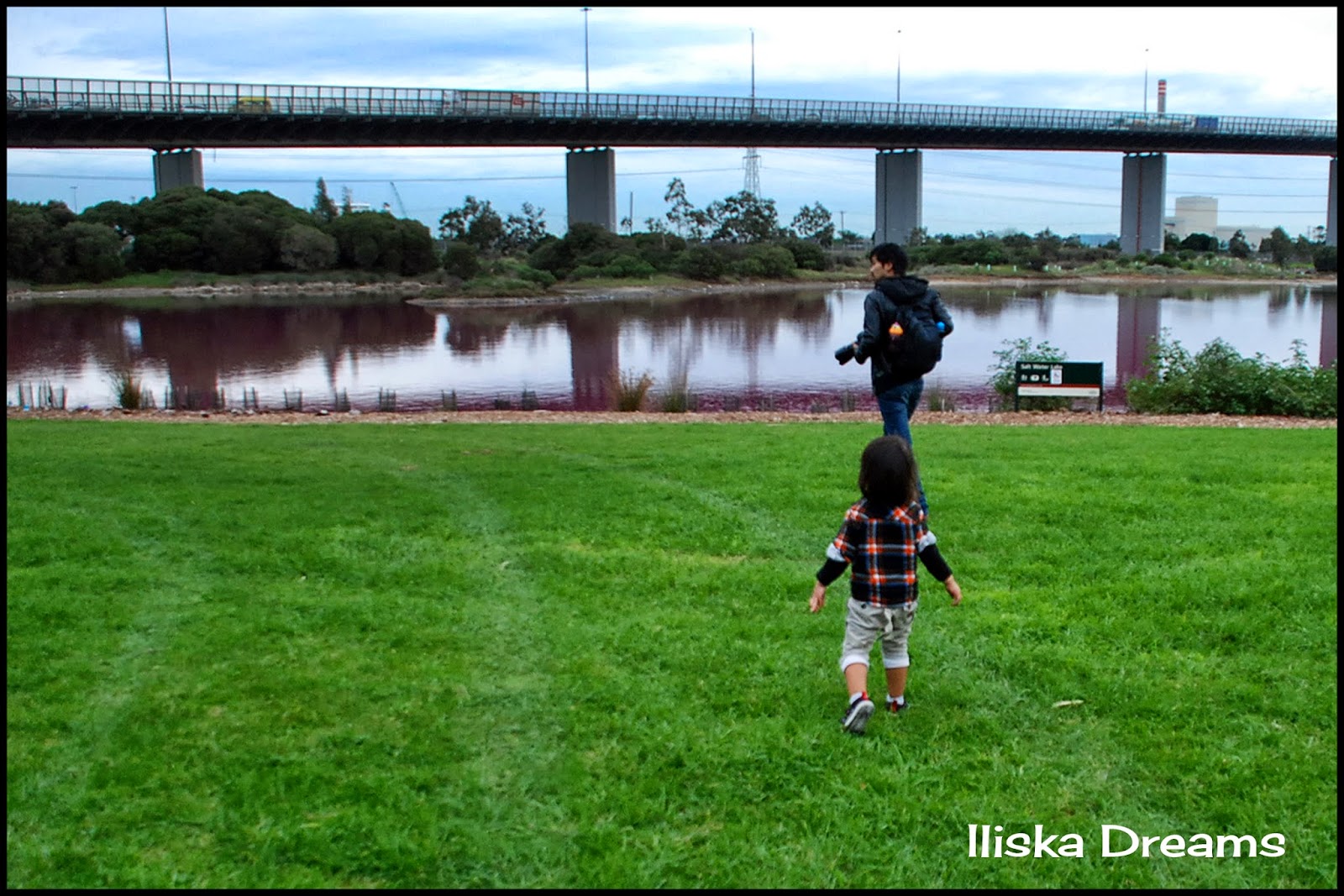 Not a great shot, but I wanted to show the pink against Justin and Jarvis. 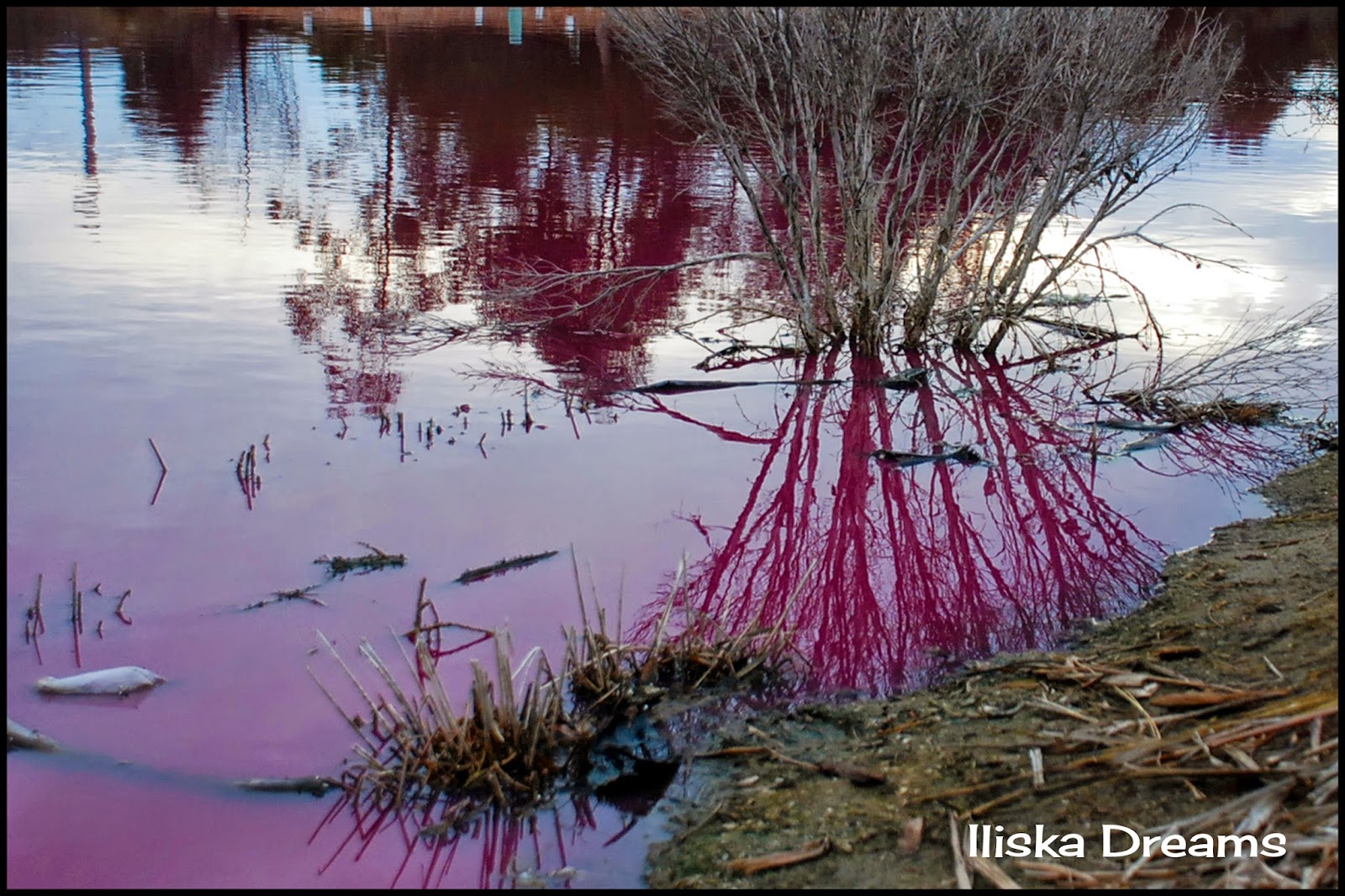 Due to a naturally high salt concentration and recent weather conditions the three lakes in Port 's have turned a shade of lipstick pink. The natural phenomenon only occurs in saltwater lakes in a handful of countries around the world. According to Parks , the red pigment is brought out during hot weather, when there is lots of sunlight and little rainfall. A statement on the Parks website said the ''natural interaction of a harmless, single-cell alga and halobacterium'' was responsible for the change in colour. ''There is no indication the bacterium is dangerous, but we advise people not to come into contact with the water,'' it said.
Posted by Iliska Dreams at 21:41