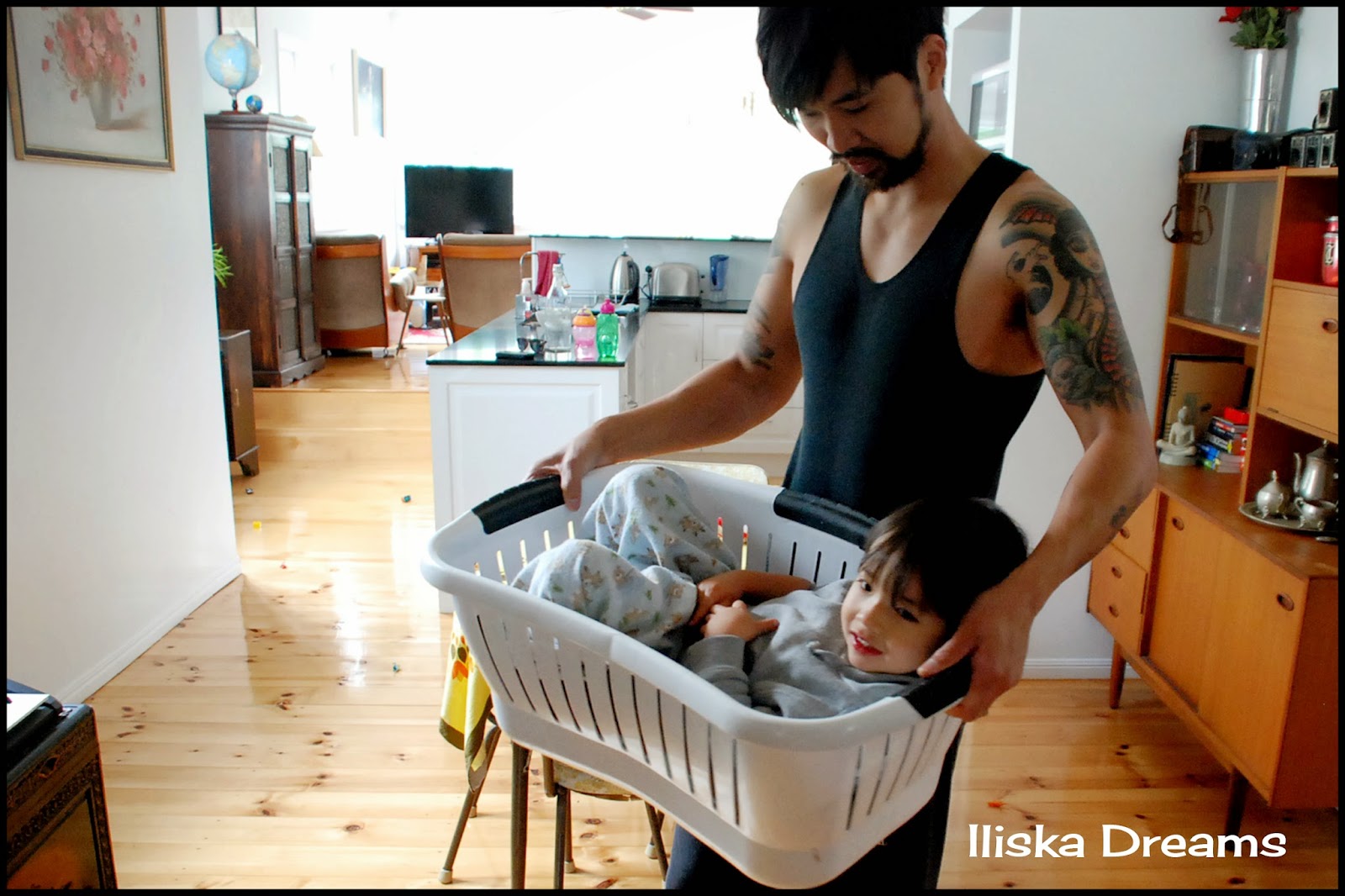 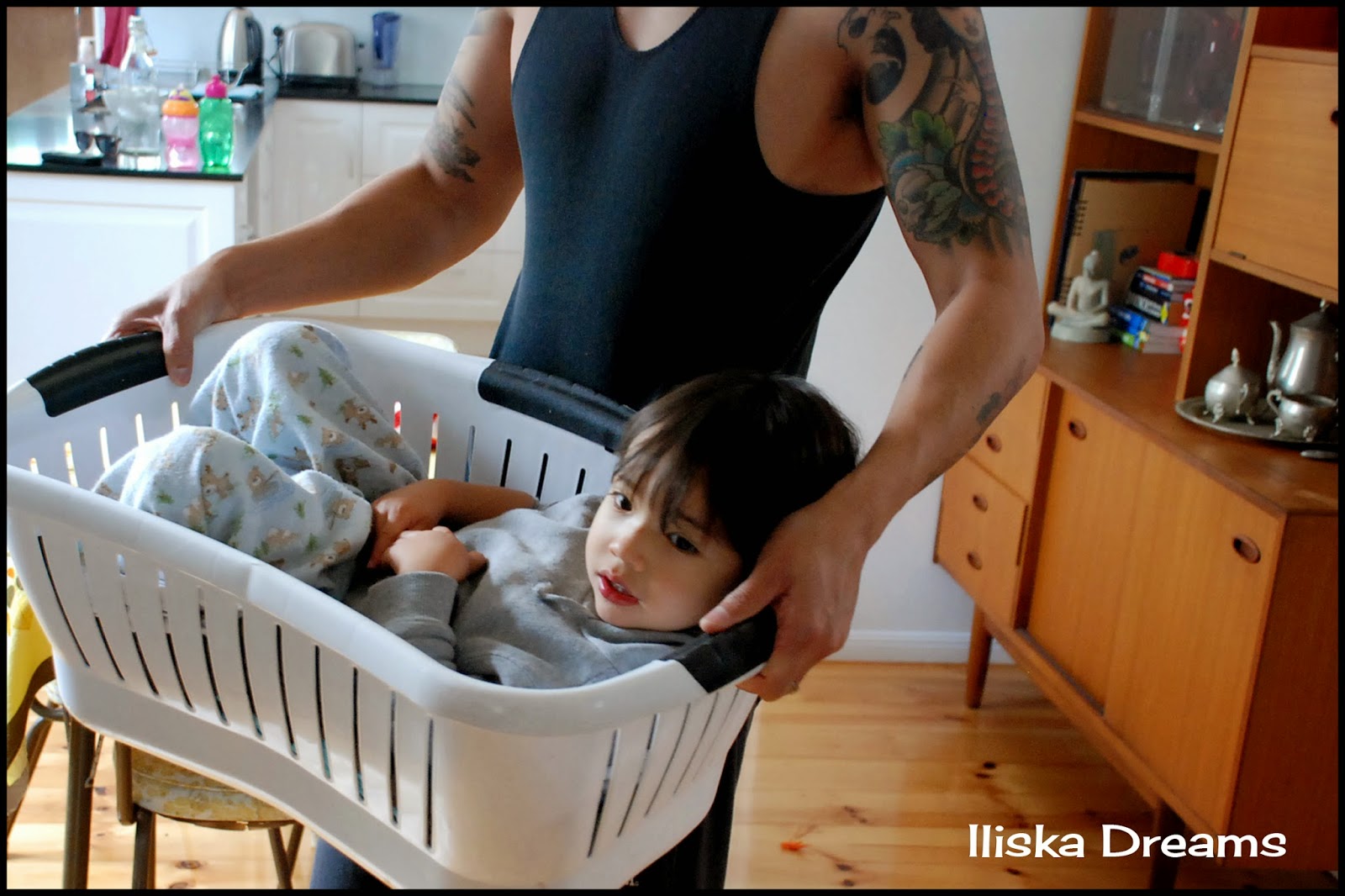 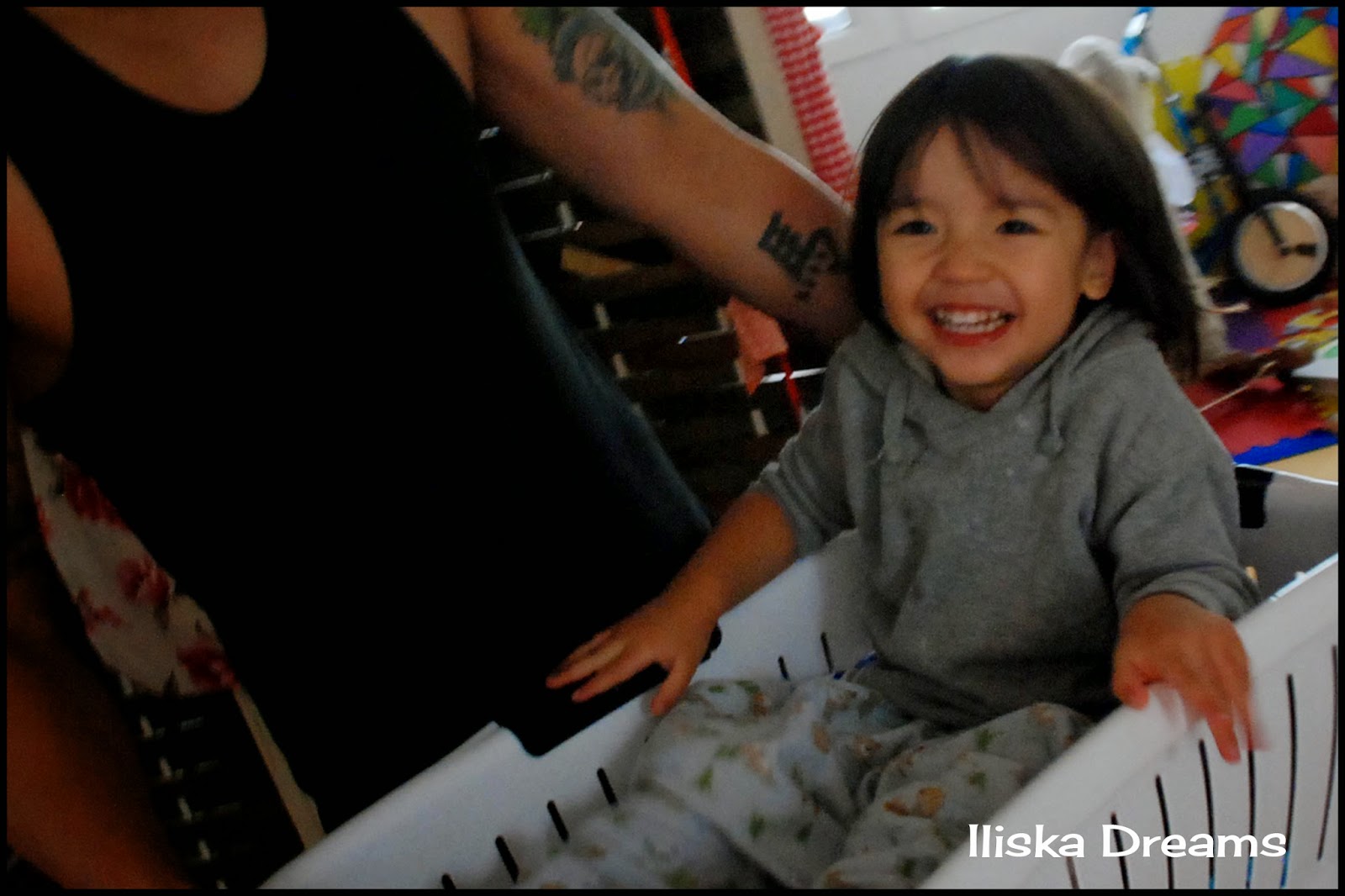 I discovered that it is really hard to play chase, and take photos at the same time.

One of Jarvis's favourite games is chase. I have to scare Jarvis, he runs to Justin telling Justin to "yun Dadday yun". Then I have to chase Justin and Jarvis around the house. There is lots of screaming and laughing. I often wonder what the neighbours think is going on. Yesterday, when Jarvis wanted up, Justin put him in the wash basket, I wanted to document this, however, 90% of the images were out of focus. Which is a pity as the expressions on Jarvis's face is priceless.

Last year Jodi inspired me to pick up my camera and turn the focus inward. This year I have opted to continue with the series as I feel there are still so many family stories to be told through photos. So I will continue to Link up with Jodi  (the artist formerly known as Che & Fidel now Practising Simplicity) for the 52 Project.

Also linking up with Bron over at Baby Space with the quote a week.